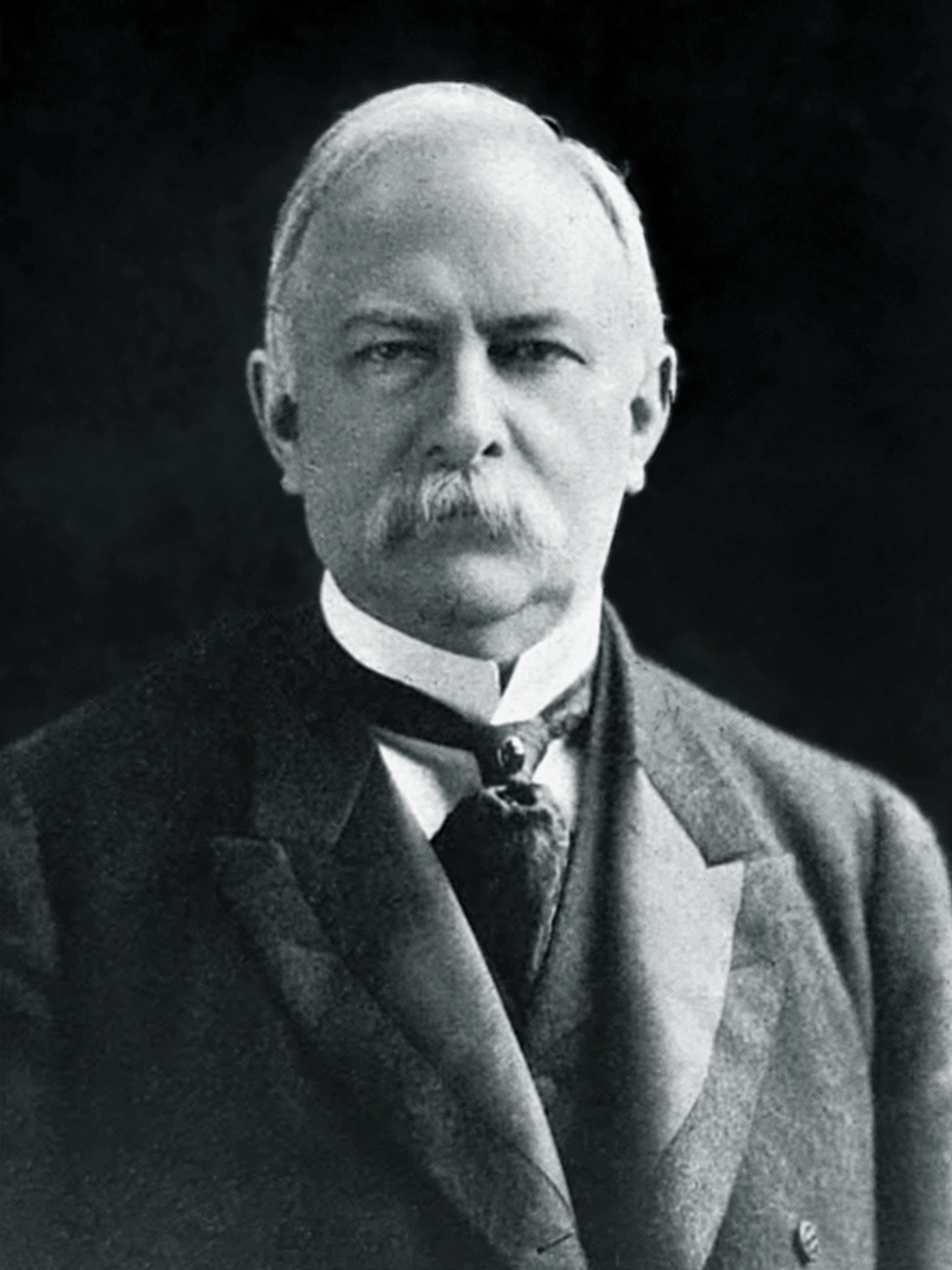 Joseph Foraker’s passion for Republican politics began early: in 1862 he enlisted in the Union Army and from his experience, including participating in General Sherman’s March to the Sea, he became a vehement defender of the legacy of the Republican Party during the Civil War and Reconstruction. In 1883, Foraker ran for governor, but wouldn’t be elected until his second go, in 1885. During this time President Grover Cleveland issued an executive order for states to return captured battle flags to their home states as an appeal to the South. This provoked fury from Union veterans, and especially notable was Foraker’s reaction. He stated, “No rebel flags will be surrendered while I am Governor” and furiously denounced President Cleveland over the order (Walnut Hills Historical Society). This gained him the nickname “Fire Alarm Joe”, and Cleveland rescinded the order after resistance from him and other governors proved too strong. He would on numerous occasions be strong, even over-the-top, in his opinions and in his denunciations. Foraker won a second term in 1887 and managed to enact anti-corruption measures, desegregated schools, and establish a state board of health. He also kicked off William Howard Taft’s career in the judiciary by appointing him to the Superior Court of Cincinnati. However, his administration alienated ethnic German voters by its vigorous enforcement of prohibitions on sale of alcohol on Sundays. This combined with the feuding of Republican Party factions cost him a third term. 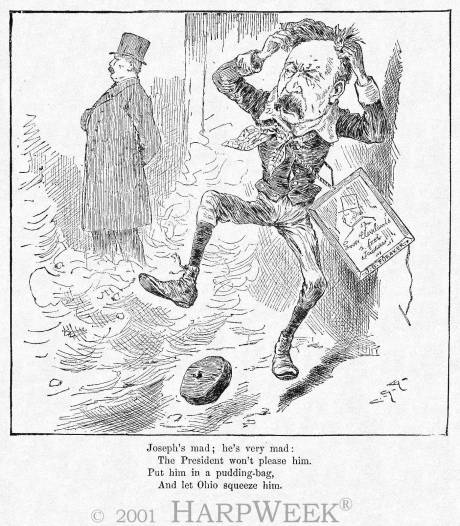 Foraker managed to make a comeback in 1897, defeating Democrat Calvin Brice for reelection to the Senate. As a senator, he backed the policies of President William McKinley and was an enthusiastic war hawk. He sponsored the Foraker Act, which provided for a civil government for Puerto Rico, and he supported the annexation of Hawaii. Foraker also conflicted with Ohio’s other senator, Mark Hanna, over patronage. Hanna had a distinct advantage as McKinley’s campaign manager and friend and was given veto power over Foraker’s candidates. During this time, he befriended and mentored a budding Ohio politician: Warren G. Harding, who with his support was elected Lieutenant Governor of Ohio. After McKinley’s assassination by an anarchist, Theodore Roosevelt succeeded him and pledged to continue his policies. Although in his first term, he largely did so, Roosevelt’s push “Square Deal” policies in his second term disturbed Foraker. He tacked increasingly to the right in response, being solidly in the “standpatter” camp and was one of only three senators to vote against the Hepburn Act regulating railroad rates. However, the clash that would bring matters to a head involved not economic policy, but race.

Foraker had generally been supportive of civil rights and he had publicly defended Theodore Roosevelt’s White House dinner with Booker T. Washington, but the Brownsville Raid would have the two men on opposite sides. On July 28, 1906, the black Buffalo Soldiers began their time stationed at Fort Brown in Brownsville, Texas. The white residents of the area were unhappy with their presence and tensions rose throughout the next two weeks as black soldiers faced discrimination by local businesses and even multiple instances of physical abuse by federal customs officers. Matters came to a head on August 12th, when a white woman was attacked and the townsfolk became enraged. The following night, a bartender was shot dead and a policeman was shot and wounded. The locals immediately cast blame on the troops, even though their white commanders testified that they were in their barracks all night. Some locals planted spent cartridge shells to implicate the soldiers and the townspeople and the Mayor believed this evidence.

After a military investigation ultimately turned up no culprits as no one reported knowing who had been responsible, on November 5th, Roosevelt dishonorably discharged all 167 soldiers of the unit for what he alleged to be a “conspiracy of silence” to protect the guilty party. His act was not publicized until after Election Day. Senator Foraker condemned Roosevelt’s action and initiated a Senate investigation. On January 26, 1907, he confronted Roosevelt at the Gridiron Club and both men traded insults and barbs while making their cases for their positions on the Brownsville Affair. This encounter made headlines and brought further attention to the case. In 1908, the committee formed at Foraker’s behest backed the Roosevelt Administration, but there was a minority report of four Republicans who found the evidence was inconclusive while another one, written by Foraker and Morgan Bulkeley (R-Conn.), argued for their innocence. Of the men discharged, only fourteen would be offered reenlistment. History would vindicate the soldiers as a renewed investigation in 1972 ruled them innocent and President Nixon pardoned all the soldiers, awarding honorable discharges with no back pay. Only two of the soldiers were still alive and one of them had managed to reenlist and get a pension, so the other one was granted a $25,000 tax free pension.

Theodore Roosevelt was now determined to end Foraker’s career, pushing for his defeat for renomination. His push was aided critically by William Randolph Hearst, whose newspapers revealed that Foraker had been paid by Standard Oil for providing legal advice while senator. Although this was not illegal, it was viewed as a conflict of interest and it sunk his bid for a third term. Foraker’s lifetime MC-Index score is an 85%.

After five years out, Foraker attempted a comeback, but a complication arose: his old protege, Warren G. Harding, was also seeking the post. Ultimately, the Republican voters of Ohio were seeking someone fresh and Harding won the nomination by 12,000 votes and went on to win the election. Foraker’s career was over and although he published his memoirs, Notes of a Busy Life, in 1916 he didn’t live to see his protege elected president.