In 1884, Robert Marion La Follette (1855-1925) was elected to Congress from Wisconsin and although he wasn’t a conservative, he was not yet a man of the left either and was friendly with the GOP leadership. He closely collaborated with Representative William McKinley on the 1890 McKinley Tariff, which cost both men reelection. Both made their comebacks, with McKinley’s being the most famous, but La Follette’s was more lasting.

Over the next decade, Robert La Follette would change in his politics as well as rise in power, starting with his accusation in 1891 that GOP Senator Philetus Sawyer offered him a bribe. He became increasingly interested in reform politics and came to regard railroads as the ultimate malignant force in his state’s politics but still supported William McKinley for president in 1896 and opposed William Jennings Bryan as a radical. La Follette ran for the GOP nomination for governor that year, calling for more direct democracy, such as primaries instead of caucuses and conventions and claiming that the Republican Party had been taken over by corporations. After two defeats in the Republican primary for governor, he made a compromise with party conservatives in 1900, securing the nomination and the election. During his time as governor, La Follette grew more and more progressive as conservatives turned away from his proposals on primaries and an income tax. Governor La Follette vetoed as insufficient a modest bill that would permit primaries only in local elections and signed into law a bill that taxed railroads based on land owned rather than profits. He also managed to create a commission to regulate railroads, but was unable to get a bill passed to regulate railroad rates. Despite intensifying conservative and business opposition to La Follette, he managed to beat back challenges to his governorship and in 1906 with the aid of his ally Irvine Lenroot secured his election to the Senate, resigning the governorship.

Many of his colleagues disapproved of him as a senator, with Senator Nelson Aldrich (R-R.I.) finding him a dangerous demagogue and thus did his best to limit La Follette’s effectiveness in pushing for progressive causes. However, La Follette was not deterred and continued to call for measures such as the income tax, railroad regulation (he thought the Hepburn Act didn’t go far enough), and direct election of senators. For his relentless and at times pugnacious advocacy of progressive positions he became known as “Fighting Bob”. He even grew dissatisfied with President Roosevelt as he thought him insufficiently progressive, with Roosevelt himself finding La Follette too radical. Senator La Follette’s power was in his masterful oratory, in which if you listen to this speech of his below, you will surely find that he speaks every word with great conviction.

In 1912, he angered Bull Moose Republicans with his refusal to back Roosevelt, which his supporters argue harmed the ticket. La Follette backed much of Woodrow Wilson’s New Freedom, voting for the Clayton Act and being the only Republican senator to support the Underwood Tariff, which lowered tariffs and placed into law the first permanent national income tax. He opposed the Federal Reserve Act as he found it too supportive of big banks. La Follette didn’t lose all of his previous Republicanism…he continued to oppose pork barrel projects, believing them to be wasteful uses of taxpayer money. This opposition was shared by many of his fellow Wisconsin progressives.  In 1915, he won a great victory with Wilson signing his Seamen’s Act, which provided legal rights for sailors, including permitting them to quit at any port. He also opposed the push to war and in 1917 he was one of only six senators to vote against entering World War I. During the war, La Follette took a strong stance for civil liberties, opposing both the Espionage Act and the Sedition Act. President Wilson and many senators at this time wanted him expelled from the Senate for a speech he delivered in St. Paul, Minnesota, against the war. They thought he was pro-German, but it turns out a hostile press had distorted the reporting of the speech, including falsely claiming that he had defended the sinking of the Lusitania. La Follette delivered an impassioned speech in his defense to the Senate defending free speech in wartime, and his legal counsel submitted a brief that detailed other wars in which major American political figures of unquestioned patriotism spoke against, and concluded, “Whether. . . right or wrong in opposing the declaration of war . . is immaterial. He had a right to his views, and he had a right to express them” (U.S. Senate). The combined factors of the war drawing to a close and his critics proving unable to provide witnesses against him killed the effort, with the Senate voting down his expulsion 50 to 21 on January 16, 1919, with mostly Wilson loyalists in the Democratic Party continuing to back the effort. During this time, he also supported the Bolshevik Revolution in Russia and opposed the Red Scare. La Follette also backed both the Prohibition amendment and the women’s suffrage amendment, but came to regret supporting the former. In 1919, he was one of the Irreconcilables on the Versailles Treaty debate, as he believed it would serve the interests of big business and imperialists. After the 1922 midterms, all federally elected Wisconsin officials save for fellow Senator Irvine Lenroot (who had moderated by this time) and Socialist Representative Victor Berger were progressive Republicans. In 1923, La Follette visited the USSR and was repulsed by the state of human rights and political freedom, thus changing his mind on the Bolsheviks. In 1924, he was highly dissatisfied with the Coolidge Administration and helped found the Conference for Progressive Political Action to push progressive issues. The Democrats didn’t look good to him either in this election as they had selected corporate attorney John W. Davis. Thus, La Follette ran for president under the Progressive Party banner, with Montana Democrat Senator Burton K. Wheeler as Vice President. 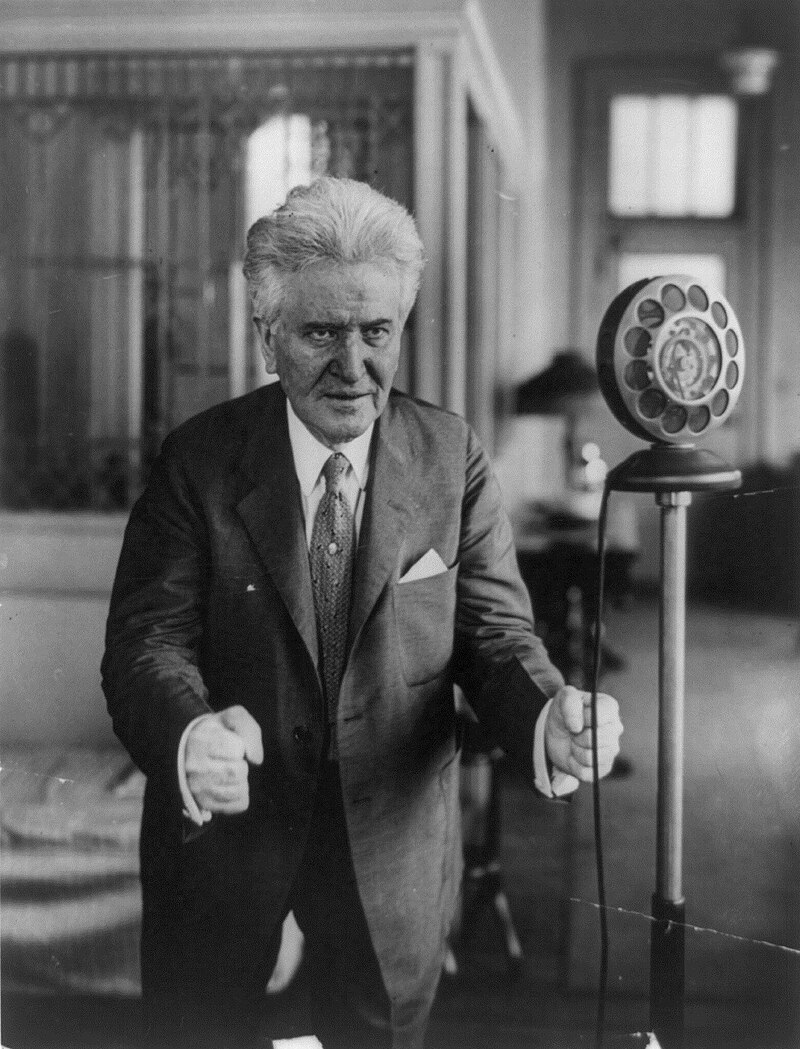 La Follette campaigned vigorously across the country, calling for nationalization of railroads and electric power, more labor protections, aid to farmers, a Constitutional amendment to end child labor (Coolidge was supportive of this one), an end to American imperialism south of the border, and a national referendum for war. This campaign attracted the support of labor groups, civil rights activist W.E.B. DuBois, birth control activist Margaret Sanger, and Socialist Party leader Eugene V. Debs. Although he only won his home state, he won 16% of the vote and performed strongly in a number of Midwestern and Western states, coming in second in California, Idaho, Iowa, Minnesota, Montana, Nevada, North Dakota (which he came close to winning), Oregon, South Dakota, Washington, and Wyoming. The rigors of campaigning took a toll on La Follette’s health, and the next year he died of heart failure at the age of 70. Thousands of Americans paid their respects to the senator as his funeral train carried him home to Wisconsin. This tremendous boat rocker’s lifetime MC-Index score was 29%. In 1957, the Senate Kennedy Committee named him as one of the five greatest senators, listing him with Henry Clay of Kentucky, Daniel Webster of Massachusetts, John Calhoun of South Carolina, and Robert Taft of Ohio.