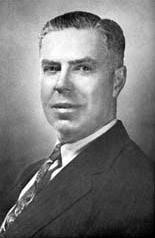 If you were to examine the field of historians in the 1920s and 1930s for the most prominent and respected people you would find Harry Elmer Barnes (1889-1968). Barnes studied history under William Archibald Dunning, a history professor whose views on Reconstruction were, to say the least, highly negative. In 1918, Barnes became a professor and taught history at Columbia University until 1929. He founded, along with other prominent progressive historians of his day such as Charles A. Beard, James Harvey Robinson, and Carl L. Becker, the movement of “New History”. This combined history with sociology to form a history aimed at being relevant to people of the time. He also during this time pioneered historical revisionism, which was aimed at disputing the telling of history by governments and dominant politicians, which he dubbed “court history”. An atheist, Barnes applied this to traditional religions as well, “There is no such thing as sin, scientifically speaking, and hence it disappears into the limbo of ancient superstition. The Bible deserves no reverential law, the ten commandments no obedience, except so far as they conform to modern science” (U.S. Senate, 129). During World War I, he was a strong supporter of the war effort and his anti-German propaganda was even considered “too violent” by the American government. However, after the war, Barnes changed his tune as he came to strongly oppose the Versailles Treaty and viewed the Germans much more favorably.

Barnes was, you could say, an old-school progressive who was strongly anti-war and anti-imperialism. During the 1920s he wrote scholarly articles that were increasingly favorable to the Germans and Central Powers. Initially, Barnes argued that the Allies and Central Powers bore equal responsibility. In 1924, he argued that the order of responsibility was: Austria, Russia/France, and Germany. By 1926, Barnes argued in his book The Genesis of the World War, “In estimating the order of guilt of the various countries we may safely say that the only direct and immediate responsibility for the World War falls upon Serbia, France and Russia, with the guilt about equally distributed. Next in order—far below France and Russia—would come Austria, though she never desired a general European war. Finally, we place Germany and England as tied for last place, both being opposed to war in the 1914 crisis. Probably the German public was somewhat more favorable to military activity than the English people, but … the Kaiser made much more strenuous efforts to preserve the peace of Europe in 1914 than did Sir Edward Grey” (Mombauer, 88). That year, he met with the in-exile Kaiser Wilhelm II at his home in the Netherlands, who praised Barnes for his views on German war guilt. However, Barnes reported that instead of Russia and France, the Kaiser “held that the villains of 1914 were the international Jews and Free Masons, who, he alleged, desired to destroy national states and the Christian religion (Lipstadt, 68)”.  His academic work on this subject received substantial funding from the German Foreign Ministry, eager to push a counter-narrative to fight the war guilt clause of the Versailles Treaty, in which the Allies forced Germany to admit sole responsibility for the war, which was both unfair and false (Germany wasn’t solely responsible) and served as the basis for war reparations. Barnes’ view was highly revisionist on World War I, but it was far more scholarly and credible than some of his later work would be. In 1927, he was elected to the national committee of the American Civil Liberties Union. Barnes’s prominence only rose with time and his two volume series, The History of Western Civilization, was used by major educational institutions throughout the United States.

In the 1930s, Barnes gained a national audience for his column for Howard-Scripps newspapers, being read by millions. While he supported the New Deal, he stood as a strong opponent of intervention in Europe, getting involved with the America First Committee. As economist Murray N. Rothbard wrote of his opposition, “…in terms of worldly eminence, Harry made one fatal mistake: he insisted, for ever and always, on being true to his convictions and principles, let the chips fall where they may. Hence, when liberal opinion, shortly before America’s entry into World War II, began to flip-flop en masse from its previous devotion to neutrality and non-intervention, and beat the drums for war, Harry Barnes, like his fellow liberals John T. Flynn and Charles A. Beard, stood steadfast” (Rothbard, 4). As a consequence of his opposition as well as a libel lawsuit for alleging a British diplomat, Sir Robert Vansittart, conspired to start war with Germany, his column for Howard-Scripps was ended in 1940. Barnes would erroneously claim in a letter to fellow non-interventionist and friend Oswald Garrison Villard that the lawsuit was a “plot of the Jews and the Anti-Defamation League to intimidate any American historians who propose to tell the truth about the causes of the war” (Lipstadt, 80).

After World War II, Barnes continued to oppose the use of American military might, both in Korea and Vietnam. He also blamed the Cold War on Truman and Churchill, their motives being to score domestic political points. Barnes applied his revisionism to World War II and was particularly influenced by the work of Paul Rassinier, a pacifist and socialist who had been imprisoned at Buchenwald and whose belief in Holocaust denial stemmed from the fact that there were no gas chambers at that camp. The problem with that view is that Buchenwald, as terrible as conditions were there, wasn’t a death camp. Auschwitz-Birkenau, Treblinka, Sobibor, and Belzec were death camps in which gas chambers were used. Barnes, as with his World War I revisionism, gradually escalated his views in contrariness. He first argued that atrocity stories of the Germans were exaggerated as they indeed had been of the Germans in World War I and were being used by Israel to extract reparations from Germany. With this perspective, Barnes wrongly perceived that history was repeating itself. He eventually claimed there were no gas chambers and that they were a “post-war invention”. Barnes also asserted that the suffering of German families forcibly removed from Poland and Czechoslovakia after World War II was “obviously far more hideous and prolonged than those of the Jews said to have been exterminated in great numbers by the Nazis” (Dawidowicz, 33). There was no way as a historian that he was unaware of testimony surrounding the Holocaust and the existence of the Wannsee Protocols, the conference of senior Nazi government officials to secure cooperation between departments in the implementation of the “Final Solution”.

Barnes greatly influenced a young historian, David L. Hoggan, whose original Harvard dissertation was critical of British and Polish policies for the outbreak of the war, but not beyond reason. However, after he befriended Barnes, Barnes urged him to publish his dissertation as a book. The book, The Forced War (1961), had major input from Barnes and was substantially different, in which Hitler was portrayed as a victim of Allied scheming. Worse yet, Hoggan justified anti-Semitic laws as deterrents to mass Jewish immigration, defended the cruel $1 billion Reichsmark fine imposed by Reich Marshal Hermann Goering upon the Jewish population after the horrific Kristallnacht pogrom and alleged that no Jews died in the event (91 died). He would be a Holocaust denier with ties to neo-Nazi organizations for the rest of his life.

Barnes would continue to the end to hold the Allies more responsible for World War II than Germany and that Hitler was reasonable and never wanted war. He also dug in to his claim that the Holocaust was no more than a gross exaggeration of German crimes and that evidence for gas chambers was “manufactured”. Barnes thus frequently expressed bewilderment that West Germany apologized for the Holocaust and paid reparations. He was not limited to denying gas chambers, he also denied that the Einsatzgruppen (the original SS units carrying out the Holocaust in Eastern Europe and Russia) were mass murder units, rather that they were fighting against guerillas. In 1962, he denounced a speech by West German President Heinrich Lübke in Israel asking for forgiveness of the Germans for the Holocaust, regarding it as “almost incredible grovelling” and “subservience” to the Jews (Lipstadt, 79). Although his revisionism is consistent with his World War I perspective, his Holocaust denial and efforts at minimizing the guilt of the Nazis makes it impossible to not conclude antisemitism among Barnes’ motives.

Barnes died in 1968, and his last words, according to his son Robert, were to damn Richard Nixon. Although he had some fans like paleo-libertarian Murray Rothbard and anti-war left historian William Appleman Williams, his name primarily lives on in Holocaust denial circles and in 1994 Willis Carto founded The Barnes Review, a magazine that to this day promotes Holocaust denial, antisemitism, denying the evils of slavery, and white nationalism. Like Revilo P. Oliver, Harry Elmer Barnes was one of those people who once was respected and in Barnes’ case the fall was even greater as he at one time could be counted as a titan in the field of history and counted among his friends prominent intellectuals such as H.L. Mencken, Oswald Garrison Villard, Charles A. Beard, and Norman Thomas. The concept of historical revisionism itself is not discredited, but as its foremost champion, Barnes demonstrated its limits.

Conditions in Coal Fields in Harlan and Bell Counties, Kentucky. (May 1932).  U.S. Senate.