On February 26, 2020, Congress passed Bobby Rush’s (D-Ill.) bill making lynching a federal crime named the Emmett Till Antilynching Act, named after a 14-year old black lynching victim in Mississippi who had been accused of suggestively whistling to the wife of one of the white perpetrators. Although violence exercised on a racial basis was made illegal federally as part of the Civil Rights Act of 1968, lynching is specifically added.

As a political science nerd, I took great interest in the outcome of the vote, 410-4. The vote was 222-0 on the Democratic side and 188-3 on the Republican side. Four dissenters were Ted Yoho (R-Fla.), Justin Amash (I-Mich.), Thomas Massie (R-Ky.), and Louie Gohmert (R-Tex.). Yoho, Amash, and Massie thought the measure federal overreach and Gohmert thought the penalties ought to be harsher. While much was made over their opposition on Twitter with some more enraged that there wasn’t unanimity than pleased with the fact that the bill got passed on such impressive margins. After all, it is a tremendous improvement over the previous times the House voted on said legislation: 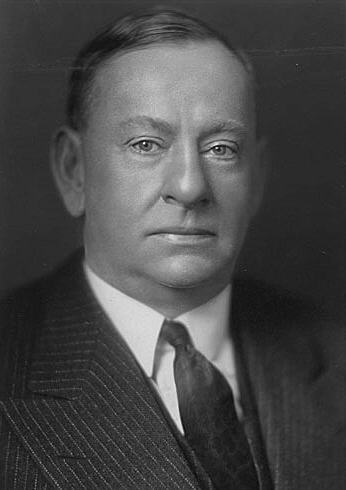 Leonidas C. Dyer, whose anti-lynching bill got the first vote in Congress.

There are some important contexts to note in the time this bill was passed in the House. America was facing an uptick in white-on-black violence including lynchings and the horrific Tulsa Race Massacre in 1921, the worst single incident of racial violence in American history. Congressman Leonidas C. Dyer (R-Mo.) introduced this legislation but faced great resistance from the Democrats, which, especially in this session of Congress, were dominated by the South. The bill, as would happen the next two times it passed the House, died through a Southern filibuster in the Senate.

Capitalizing on new black support, the Democratic Party, the members in the North, that is, mostly voted for anti-lynching legislation while Republicans stuck to their traditional position. Rep. Joseph Gavagan (D-N.Y.) and Sens. Robert Wagner (D-N.Y.) and Frederick Van Nuys (D-Ind.) were the sponsors.

A lot of Northern Democrats lost reelection in 1938 and thus the majority of Democrats swing back to opposition while the Republican Party, again, remains business as usual. Reps. Joseph Gavagan (D-N.Y.) and Hamilton Fish (R-N.Y.) were the sponsors.

These votes reveal a few things to me: