Often the state of higher education is bemoaned by conservatives as a hotbed for progressivism or worse, but what if this state of affairs and more for higher and general education had been planned long ago with the direction and assistance of tax-exempt foundations using their funds for other than originally intended purposes? Congress explored this question in two investigations, but I will most focus in this post on the second one of these as it was the most in-depth and controversial.

In 1952, Congressman Eugene “Gene” Cox (D-Ga.), by this time in his career a hot-blooded conservative and one of the leaders of the Conservative Coalition, was trying to score a double-hitter: an investigation tackling both communism and civil rights. He was one of a group of southern politicians of his time that could be considered “red and black” hunters, who investigated any groups that could potentially disrupt business as usual in the South. In April of that year the House approved the creation of the Select Committee to Investigate Tax-Exempt Foundations and Comparable Organizations, led by Cox. The committee consisted of seven members: four Democrats and three Republicans. However, because Cox was a conservative, the committee had a 4-3 conservative advantage. The investigation, however, wasn’t particularly in-depth: in the fall of 1952 all foundations with assets of $10 million or more were mailed a questionnaire covering their entire operations. Cox himself didn’t get to see the issuance of the committee’s final report, as the 72-year old died on December 24th. In January 1953, the committee declared these organizations loyal, its final report stating, “So far as we can ascertain, there is little basis for the belief expressed in some quarters that foundation funds are being diverted from their intended use”. Of the six surviving members, one was not satisfied with the scope or depth of the investigation: Carroll Reece (R-Tenn.), a former chair of the Republican National Committee. His criticisms were as follows:

“1) Time and facilities were inadequate.

2) Excuses concerning grants to Communists were too readily acceptable.

3) Trustees and officers were not under oath.

4) Only a few Foundations were investigated.

5) The propaganda activities of Foundations were not investigated.

6) Foundations were not asked why they did not support projects of a pro-American type.

7) Extensive evidence was not used.

8) The Ford Foundation was not investigated.” (Dodd, 5) 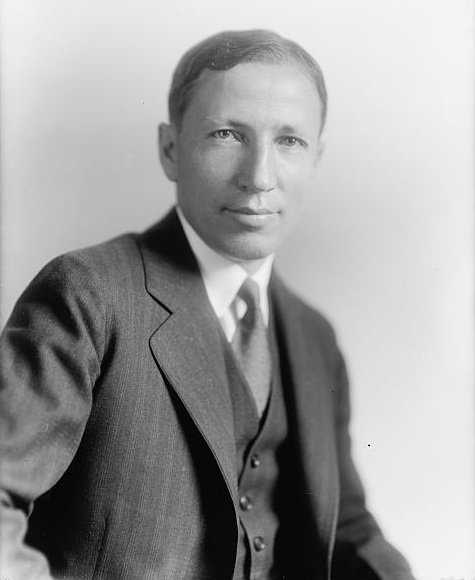 In 1953, Reece proposed a new investigation, and the formation of this committee encountered more resistance than the Cox Committee. The left-wing lobbying organization Americans for Democratic Action (ADA) had opposed the creation of the Cox Committee and it likewise attacked the Reece Committee, declaring it “a frontal attack on learning itself” (Dodd, 16). Save for Reece of course, all the former members of the Cox Committee still in Congress opposed the creation of this new committee. However, this was a conservative Republican Congress, and thus approved the resolution on July 27th by a vote of 209 to 163.

This committee’s three Republicans were Reece, Jesse Wolcott of Michigan, and Angier Goodwin of Massachusetts. Like Reece, Goodwin had been on the previous committee. Of the two Democrats, one was Gracie Pfost of Idaho, a first-termer and a liberal. Minority Leader Sam Rayburn (D-Tex.) had apparently placed the second one, Wayne Hays of Ohio, on the committee for the purposes of hindering the investigation as much as possible. He had a well-founded reputation for being tough and mean. Reece hired former banker Norman Dodd as the committee’s chief investigator. The committee was given license to investigate whether these foundations were backing “un-American”, “subversive”, or “political” causes, but no definition of these terms was provided by Congress in establishing the parameters of the investigation. Thus, Dodd provided a definition of “Un-American” and “Subversive” for the purposes of the investigation from a study conducted on the subject by the Brookings Institute: “Any action having as its purpose the alteration of either the principle or the form of the United States Government by other than constitutional means (the emphasis here is mine)” (Dodd, 4). Political was defined as “Any action favoring either a candidacy for public office, or legislation or attitudes normally expected to lead to legislative action” (Dodd, 4). From November 1, 1953 to April 30, 1954, Dodd and his researchers went to work.

The leading Democrat on the committee, Hays, took an active role in opposing the committee’s activities and was particularly critical of the way Reece conducted the hearings since he didn’t give equal time to pro-Foundation witnesses. One of the witnesses who testified was San Francisco attorney Aaron Sargent, who had advised Reece on the creation of the committee. Sargent testified for three days and in the process accused Senator Paul Howard Douglas (D-Ill.) of having ties to socialist organizations. This caused a walkout by Hays and Pfost, with the former threatening to punch a heckler on the way out. By contrast, the pro-Foundation witness who came in, Dr. Pendleton Herring of the Social Science Research Council, had his testimony cut off midway. Ultimately, Reece was forced to conclude the hearings and accused Hays of engaging in a campaign of obstruction and stated that any foundation testimony could be submitted in writing. On an interesting side note, included in the investigation was the Rockefeller Foundation’s partial funding of the research of sexologist Alfred Kinsey.

The committee’s final report concluded that with a few exceptions (such as the Institute for Pacific Relations) these tax-exempt institutions had not directly supported organizations that supported communism, but that institutions including the Ford Foundation, Rockefeller Foundation, and Carnegie Endowment were using funds to promote causes that were “subversive” by the committee’s (and the Brookings Institute’s) definition of the term. Namely, causes that would promote a form of oligarchical collectivism.

Among the most notable findings of the Reece Committee:

From “1933–1936, a change took place which was so drastic as to constitute a ‘revolution’. They also indicated conclusively that the responsibility for the economic welfare of the American people had been transferred heavily to the Executive Branch of the Federal Government; that a corresponding change in education had taken place from an impetus outside of the local community, and that this ‘revolution’ had occurred without violence and with the full consent of an overwhelming majority of the electorate. In seeking to explain this unprecedented phenomenon, subsequent studies pursued by the staff clearly showed it could not have occurred peacefully, or with the consent of the majority, unless education in the United States had been prepared in advance to endorse it” (Dodd, 6). Thus, influencing educational curriculum is of the utmost importance to advancing revolutionary policies.

Carnegie and Rockefeller Foundations had used their funds for grants with the following agendas in mind:

“Directing education in the United States toward an international viewpoint and discrediting the traditions to which it [formerly] had been dedicated.

Decreasing the dependency of education upon the resources of the local community and freeing it from many of the natural safeguards inherent in this American tradition.

Changing both school and college curricula to the point where they sometimes denied the principles underlying the American way of life.

Financing experiments designed to determine the most effective means by which education could be pressed into service of a political nature” (Dodd, 7).

The American Historical Association had issued a report in 1934 “which concluded that the day of the individual in the United States had come to an end and that the future would be characterized, inevitably, by some form of collectivism and an increase in the authority of the State” (Dodd, 10).

The Social Science Research Council and the National Research Council pushed educational curriculum that serves to indoctrinate American students to forego the freedom of the individual and “substitute the group, the will of the majority, and a centralized power to enforce this will – presumably in the interest of all” (Dodd, 11).

The production of data for these organizations is paramount, with little regard to “principles and their truth or falsity” (Dodd, 12).

The Ford Foundation had been continuing research and grants along similar lines as the Rockefeller and Carnegie Foundations, including: “the acceptance by the Executive branch of the Federal Government of responsibility for planning on a national and international scale”, “the diminishing importance of the Congress and the states and the growing power of the Executive branch of the Federal government” and “the seeming indispensability of control over human behavior” (Dodd, 14).

Although the majority report was agreed to on a party-line vote, only Reece and Jesse Wolcott (R-Mich.) seemed to agree with the substance of the majority report, as Angier Goodwin (R-Mass.) issued a separate statement in which he disagreed with most of the findings of the committee. Instead, he stated his agreement with the findings of the Cox Committee. Democrats Hays and Pfost did not sign the report and were blisteringly critical of the committee’s methods, motives, and conclusions. They condemned the handling of the hearings and Hays accused Reece of using this investigation to boost his national reputation. Ultimately, no one’s mind changed and the timing of the release of the committee’s report was highly unfortunate as it was during the McCarthy censure. Thus, any coverage of this report was obscured by the news about McCarthy and additionally any investigations involving anti-communism had become suspect in the public eye. I find this disappointing as this investigation uncovered some concerning developments in education like a drift towards left-wing collectivist social theory as opposed to the individualist and liberty-oriented thought that informed the founding of the nation. Additionally, this wasn’t the leftist stereotype of the anti-communist investigation that runs roughshod on facts as it had concluded that most organizations were not backing communism as in backing the aims of the USSR, but that they were backing an alternative collectivized form of government. It also shed light on the power these institutions can wield behind the scenes in influencing the public. If you support collectivization and the downgrade of the importance of the individual, I understand if you believe the former part of my headline question, but I believe the latter especially given what I have seen in general and to a much greater degree in higher education.

Reece continued to serve in Congress until his death in 1961, but Dodd lived quite a while longer and was interviewed in 1982 by John Birch Society officer G. Edward Griffin about his time as chief investigator of the Reece Committee. The interview is about an hour long and the link to it is below if you are curious to watch:

5 thoughts on “The Reece Committee on Foundations: Conspiratorial Nonsense or an Expose of a Threat to the Nation?”