Seventy-eight years ago, this country underwent a day of infamy, and it was also one for the commanders on duty at Pearl Harbor, Admiral Husband E. Kimmel and General Walter Short. Ten days after the attack, both men were removed from command by George Marshall. The Roberts Commission, formed to investigate Pearl Harbor, determined that Kimmel and Short had made errors of judgment, were unprepared, and had engaged in dereliction of duty. The report determined that had orders been followed that military forces would have fared better in the attack. This was not a court-martial, so neither man could appeal, so to speak, the conclusion of the commission. 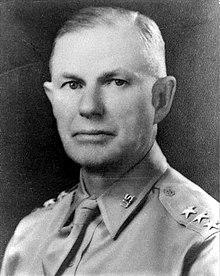 Kimmel and Short argued that they had not been given the information they needed to perform their jobs and there is evidence for their case. Researcher David A. Richardson found that, “Short notified Washington of his plan to protect his forces only against sabotage. (George) Marshall knew that and failed to advise Short otherwise. Thus, Short’s failure to implement these essentially last-day and last-hours readiness measures is directly attributable to Washington’s intelligence support failure, just as the information held in Washington would have allowed Kimmel the opportunity to set general quarters. It would have permitted Short to ready his pursuit aircraft, to plan for and execute a flyaway of all other aircraft. And, indeed, Kimmel might have sortied” (Richardson, 2001). Washington had not notified the commanders of relevant intelligence they had in possession. At least one of the members of the Roberts Commission had regrets about the result – Admiral William Harrison Standley stated, “these two officers were martyred…if they had been brought to trial, both would have been cleared of the charge”. Admiral Raymond Spruance stated, “I have always felt that Kimmel and Short were held responsible for Pearl Harbor in order that the American people might have no reason to lose confidence in their government in Washington. This was probably justifiable under the circumstances at the time, but it does not justify forever damning these two fine officers” (Richardson, 2001).

A 1995 Pentagon study concluded that the blame for the failures of Pearl Harbor went far beyond Kimmel and Short. In response, in 1998 a group of senators, including current presidential candidate Joe Biden, proposed a non-binding resolution to clear Kimmel and Short. One of the measure’s supporters, World War II veteran Senator Strom Thurmond (R-S.C.), called them “the two final victims of Pearl Harbor” (Shenon, 1999). The resolution passed on May 25, 1999 by a vote of 52-47.