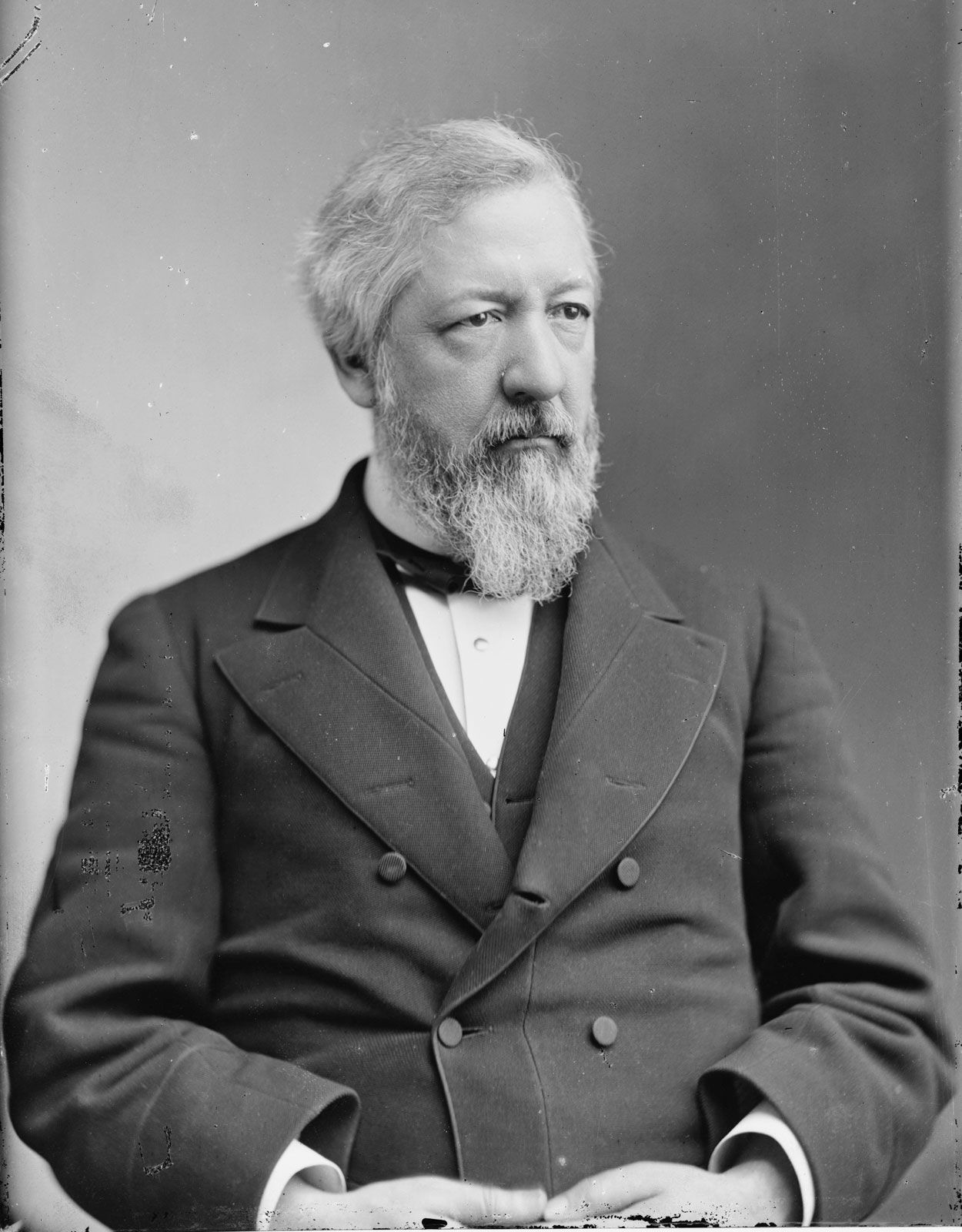 From 1860 to 1912, there was only one Republican who ran for president and never got to hold the office. This was the highly influential Maine politician James G. Blaine, whose candidacy would be notably plagued by ethics issues that would seem very familiar to modern voters.

James G. Blaine got his start in politics young, and in 1862, he was elected to the House as a staunch supporter of the Civil War effort. Although he supported the use of greenbacks during the war, after the war he insisted on gold to pay interest on pre-war bonds and argued that the use of greenbacks was only as an emergency measure to prevent bankruptcy. After only six years in Congress Blaine had developed a sterling reputation for his mastery of parliamentary procedure and was elected Speaker of the House. He accomplished all this before the age of 40.

Blaine was a popular and effective Speaker in shepherding legislation including the Grant Administration’s measures for civil rights and against the KKK, but in 1872 he was accused of taking bribes in the Credit Mobilier Scandal. These charges were never proven but it wouldn’t be the last time he fell under suspicion. In 1875, appealing to Republican Protestants, he proposed a constitutional amendment that would have prohibited any public money coming under the control of religious institutions. This proposal led to accusations that he was anti-Catholic, despite him having married one. Despite the amendment never being adopted, many states passed their own “Blaine Amendments” and many of those remain.

In 1876, he was commonly thought of as a presidential candidate, but again an allegation of bribery arose against him, this time that that year the Union Pacific Railroad had paid him $64,000 for Little Rock and Fort Smith Railroad bonds he owned despite them being of little value. A witness, clerk James Mulligan, testified that the charges were true and that he had the letters to prove it, and that they ended with the phrase, “Kindly burn this letter”. Blaine met with Mulligan regarding his testimony and somehow got a hold of the letters and refused to release them. Although he was unable to win the nomination, his political career continued with his election to the Senate. He became known as the leading figure of the “Half Breeds”, Republicans who supported moderate civil service reform, as opposed to the “Stalwarts”, led by Senator Roscoe Conkling, who supported machine politics. Blaine tried again in 1880, but Garfield, a fellow “Half Breed”, triumphed over him. However, he got the post of Secretary of State. Unfortunately for him, fate had other ideas about his future, with Garfield assassinated and Stalwart Chester Arthur now president, resulting in Blaine’s departure at the end of the year. In 1884, for a third time he ran but the campaign would prove one of the most tumultuous in American history. The voters would have to choose between political and personal corruption allegations.

During the campaign, more correspondence was discovered and he admitted the letters were genuine but denied that they reflected anything detrimental about his integrity or made him dishonest. However, the most damaging letters in the bunch included at the end, “Burn this letter”. Democrats gleefully used this in the campaign, employing a rallying cry of “Blaine! Blaine! Jay Gould Blaine! The continental liar from the state of Maine!” (Rosenberg) The revelation of these letters damaged his campaign enough so that a group of Republicans known as “Mugwumps” deserted Blaine for Cleveland, and for the first time since 1856, a Republican lost a presidential election. One of the best arguments put forth against Blaine compared to Cleveland’s personal peccadillos was “We should elect Mr. Cleveland to the public office he is so admirably qualified to fill and remand Mr. Blaine to the private life he is so eminently fitted to adorn” (Rosenberg). The decision of the electorate in 1884 is reminiscent of that of 2016, in that the voters chose to elect the person with personal scandal in their background as opposed to political.

This run wasn’t the end for Blaine, however, in 1889 he was appointed again to be Secretary of State and proved highly ambitious. He wanted to expand America’s influence throughout the western hemisphere by expanding trade, establishing a customs union, and a Pan-American railroad. Blaine did manage to get tariffs reduced on western hemisphere nations as part of the McKinley Tariff and his ideas were the precursor to the Organization of American States. He served until June 4, 1892, when his failing health combined with the emotional toll of the deaths of three of his children within two years necessitated his retirement. The winter of 1892-93 proved catastrophic for Blaine’s health and he died on January 27, 1893. In numerous ways, Blaine is reminiscent of Hillary Clinton. He was a highly influential figure in his party and rose to be a senator, he faced a candidate with personal scandal, the highest post he got in the federal government was Secretary of State, and finally ethics issues regarding his correspondence resulted in his defeat.

One thought on “James G. Blaine: The Defeated Candidate”