If we are to give into cynicism, lying to the voters is a political pastime in America and elsewhere, but it is not a crime. However, there has been one instance in which a member of Congress was convicted of lying to the voters, and he was elected in the Republican Revolution of 1994.

In 1994, the Republican Party finally regained control of the House of Representatives after a forty year stretch of Democratic control. They gained fifty-four seats in the House and toppled some powerful incumbents, including Speaker of the House Tom Foley, Ways and Means Committee chair Dan Rostenkowski, and Judiciary chair Jack Brooks. In large waves like this, you will get new people who go far: Saxby Chambliss of Georgia, Roger Wicker of Mississippi, Tom Coburn of Oklahoma, and Lindsey Graham of South Carolina went on to have successful careers in the Senate. On the other hand, you will also get among the newbies one-hit wonders and grifters, the most abortive of these in the 104th Congress being Wester “Wes” Shadric Cooley (1932-2015) of Oregon. The utterly bizarre Steve Stockman of Texas, who is currently serving a ten-year sentence in the penitentiary for swindling conservative organizations, would be on top if it were not for him managing to get another term in Congress…in the 2012 election. 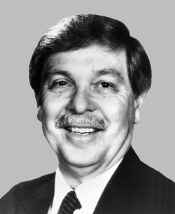 Wes Cooley as a member of Congress.

The trouble began for Cooley practically from the very beginning of his time in Congress. He became known for bizarre and intemperate behavior, including flipping off Sierra Club demonstrators and mistakenly taking an April Fool’s article from the publication Roll Call seriously. When a female reporter from the Portland Oregonian asked to speak to him about it, Cooley grew furious and shouted, “The only thing that is saving you from getting your nose busted is you’re a lady” (Bowman, 2015). However, the career-ending trouble began with questions about his war service. In the 1994 Oregon voter guide he stated that he had served in the Army Special Forces in Korea. However, there were no documents that proved this, and Cooley conveniently claimed that the proof had burned up in a 1973 St. Louis fire that had destroyed other military records. He additionally stated that his superior, Sergeant Clifford Poppy, could vouch for his record if only he hadn’t been killed in Korea. The problem was that he was alive, and when a journalist found him, he stated regarding Cooley, “Tell him he’s a liar. Tell him Sergeant Poppy said that” (Beutler, 2010). Military records ultimately proved that he never left the United States for the duration of the Korean War. Additionally, allegations arose that he and his wife kept their marriage a secret for years so she could continue collecting widow’s benefits from her late former husband. The scandal over Cooley’s credibility had grown to the point that in 1996, under pressure from other prominent Republicans in the state, he chose not to seek another term. He was subsequently convicted of a felony for submitting a written statement to the voters that he served in special forces in Korea and was fined. Cooley was again convicted in 2012, this time in a federal court in California of masterminding an internet investment swindle and evading taxes, for which he was sentenced to a year and a day in prison with payment of restitution to the victims. He died on February 4, 2015, less than two years after his release.