In 2016, about 55% of the voting age population turned out on election day. Political pundits and politicians who lost elections often comment upon this negatively, but what if I told you there was a time in which voter turnout rates often were as high as 80% in the United States? Well, it’s true and the time period was the Gilded Age, which was from the end of the Civil War to the turn of the century. Political participation was high and left-wing groups concerned about monopolies and farmers were often outvoted, with none of the presidents of this period being satisfactory to them. The central concerns of the day regarded tariffs, soft vs. hard currency (inflationary vs. deflationary), and political machines. Indeed, it was the latter that played a fundamental role in bringing out the vote. In New York City, Democrats had Tammany Hall but Republicans had their machine in Philadelphia. Both parties exercised tremendous control over the goings of these cities. New York City is still highly Democratic, and the Philadelphia Republican machine was broken in 1951. How could such machines be continued and bring in high voter turnout? The spoils system.

The Rise of the Spoils System 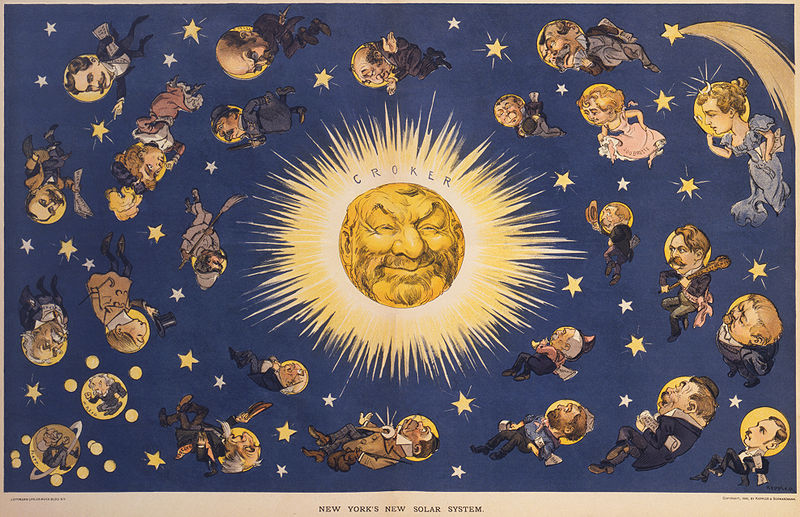 Although the term was seen in American politics as early as 1812, the spoils system on a federal level started after the 1828 presidential election, in which Andrew Jackson awarded his supporters in positions high and low in federal government. One of his supporters, Senator William Marcy of New York, defended the practice with “to the victors belong the spoils of the enemy” (Feller). Jackson didn’t think of it that way, rather he regarded it as cleaning out the government of “corrupt” people in the Adams government, that time’s “draining of the swamp” if you will. However, Jackson appointed some people who were not up for the job, the most notorious being his old army buddy Samuel Swartwout as collector for the New York City customhouse, who embezzled more than $1 million in 1838, the equivalent of almost $24 million today. From this time until 1883, administrations would be fully replaced with party supporters of varying degrees of quality. Hundreds of thousands of jobs across the nation depended on successful election efforts as big city machines came into their prime. I cannot think of a single thing that is as motivating to voter turnout as jobs, and in this case, you would literally be voting to keep or get a job.

Spoils also came in the form of favors and aid, so if you were a poor immigrant the Tammany Hall machine could help you out, the price being active support of the Democratic Party and voting for their slate on election day. Spoils, also known as patronage, could also be used to enforce party discipline and penalize those who too often dissented from party line. The Roosevelt Administration through its machine chief, Postmaster General James A. Farley, denied patronage to some recalcitrant senators, including Burton K. Wheeler of Montana and Rush D. Holt of West Virginia, both non-interventionists who criticized Roosevelt’s use of federal power. The problem with these machines, of course, was that they were corrupt and employed extensive voter fraud and bribery in addition to their turnout efforts. Although the spoils system started to be ended with the Pendleton Act in 1883, this only initially covered 10% of federal workers and spoils were still very much a part of big city machine politics. President Benjamin Harrison, for instance, found that he couldn’t decide to make any appointment to his cabinet since every position was already reserved by Senator Matthew Quay and other party bosses as rewards for their contributions to the campaign.

The Fall of Spoils and Political Machines

The Pendleton Act over time would cover more and more employees until we have today’s situation, in which only the highest officials are political appointees. Additionally, although the Roosevelt Administration had its own powerful political machine through the New Deal, this brought an end to the power of many machines or caused them to start their death spiral. The Philadelphia Republican machine, for instance, weakened until its mayor lost reelection in 1951 to Democratic reformer Joseph S. Clark. The city has been staunchly Democratic since. The Roosevelt Administration as well as liberal Republican Mayor Fiorello LaGuardia opposed Tammany Hall, and its influence waned until finally dissolving in 1967. There are still a few functioning machines today (such as Chicago), but people have come to look to state and federal governments for the dispensing of benefits through entitlements and social programs rather than big city machines. Although the relation to voting and getting benefits is more indirect than it used to be and thus turnout is lower, there is still motivation for people to vote for parties that promise more benefits. To get such a high turnout, bring back political machines and an extensive spoils system.