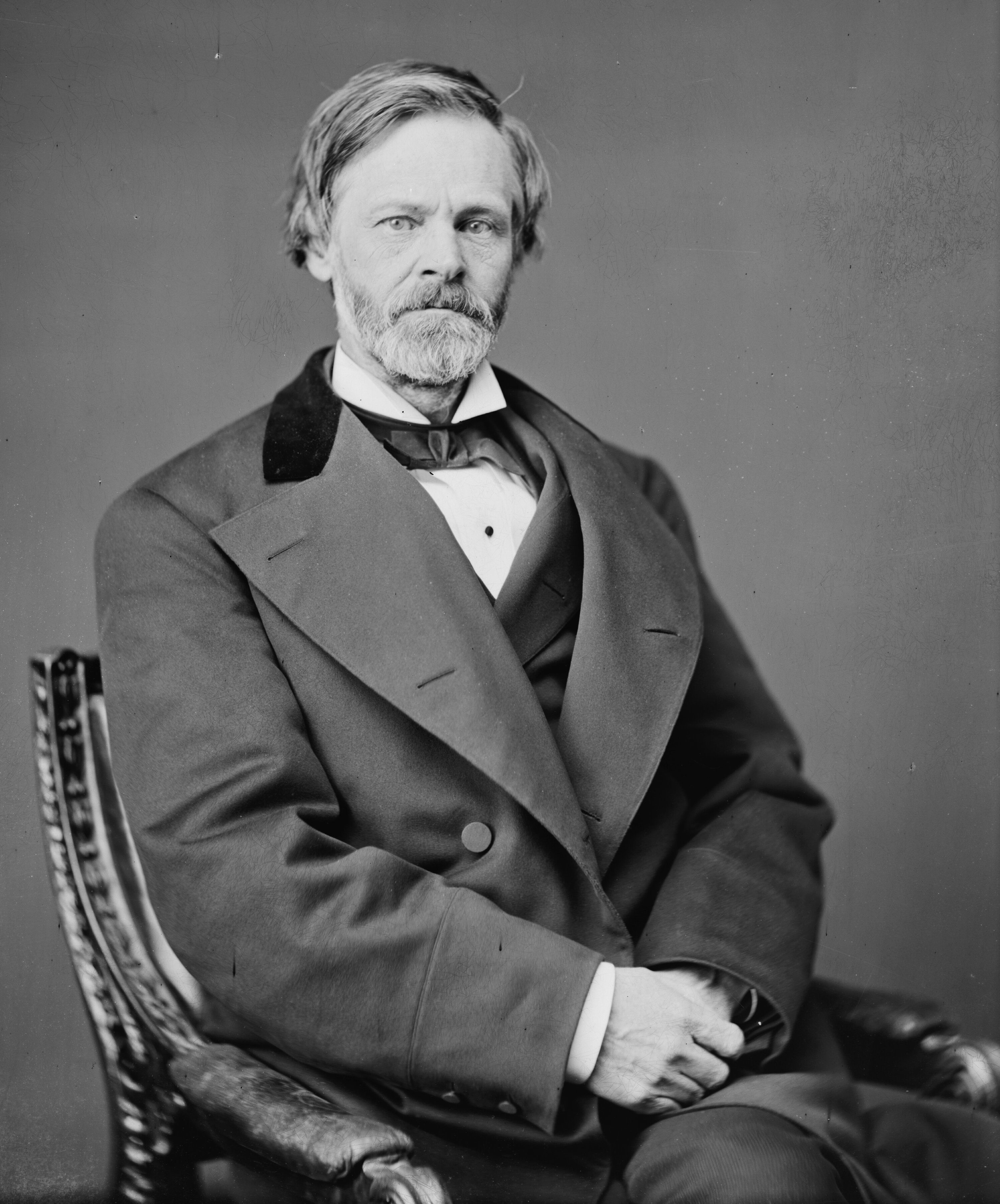 When people hear the name Sherman, they tend to think of either the Sherman tank or the general it was named after, William Tecumseh Sherman. While he distinguished himself during the Civil War, his younger brother, John Sherman (1823-1900), distinguished himself in politics. Sherman’s involvement in politics began in 1854 with the Kansas-Nebraska Act, which motivated him to run for office as a Republican. After the Republicans took Congress in 1858, he became chair of the Ways and Means Committee. His time was short in this position, however, as in 1860 he was elected to the Senate.

In the Senate, he became respected across the aisle and could be independent in thought. Sherman was also known as a financial expert and supported the Legal Tender Act of 1862, providing for distribution of greenbacks to pay for the Civil War. He also gave his support to the National Bank Act, and hoped that the United States could ultimately function under one stable national currency.  Although he did not identify himself as a “Radical Republican” and opposed a punitive approach to the South, he often voted with them, including for the 14th and 15th Amendments.

After the Civil War, Sherman backed a return to the gold standard, regarding the distribution of greenbacks unbacked by gold or silver to be an emergency policy justified by war. This position brought him the favorable attention of President Rutherford B. Hayes, who appointed him Secretary of the Treasury. In this capacity Sherman opposed the Bland-Allison Act, which established bimetallism by having the government purchase gold and silver and was passed over Hayes’ veto. Under his watch, the treasury purchased only the minimum amount of silver required by law. After Hayes’ presidency, he was again elected to the Senate. Sherman played an important role during this time in the formation of national fiscal policy. In 1882, he voted against the Chinese Exclusion Act, opposing the idea of excluding immigrants on the basis of national origin.

In his life, Sherman tried thrice to secure the Republican nomination for president, but he never could quite muster up the political support for it despite his recognized expertise and competence. In 1890, two pieces of legislation bearing his name were passed: the Sherman Anti-Trust Act and the Sherman Silver Purchase Act. The former he authored and was the first law that attempted to regulate trusts and the latter was a compromise that didn’t offer free coinage of silver but increased required silver purchases. Sherman didn’t author the latter and didn’t give it high marks, stating merely that it was “safe”. During the Panic of 1893, Sherman voted with the majority of the Senate to repeal the Sherman Silver Purchase Act. In 1897, a Republican president again called upon the elder statesman, this time as Secretary of State. McKinley sort of kicked Sherman upstairs with this move, as he wanted to get his friend and campaign manager, Mark Hanna, elected to the Senate. However, he was no longer in his prime and his memory and health were failing. This got to the point in which Sherman was no longer attending cabinet meetings, rather his second-in-command, William R. Day, who was performing the real day-to-day work. Day was appointed in his place in 1898. Sherman died two years after his retirement on October 22, 1900.

John Sherman overall played a crucial role in the politics of the United States from the Civil War to the Gilded Age, serving as one of the nation’s respected experts on economic policy, a foundational figure of the Republican Party, and one of the finest statesmen to come from the party.