In 1959, the United States admitted its final (as of 2019) two states into the union, Alaska and Hawaii. The fact, however, that these states were controversial admittances into the United States is forgotten. Today I cover one of the most ridiculous arguments posited against its admission. 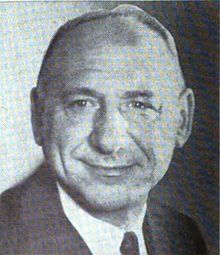 John R. Pillion, the most visible opponent of statehood for Hawaii and Alaska in the House.

Contrary to its current status, Hawaii as a territory voted Republican, and thus support for its admission continually had strong support from the GOP. However, not all Republicans were keen on it and the state was growing increasingly Democratic at the time of admission. One of the most notable opponents was Republican Congressman John R. Pillion of New York.  He cited as a reason for opposition the allegedly strong influence of Harry Bridges, a leftist labor leader and statehood advocate who had followed the Communist Party line in the 1930s and 1940s. Pillion feared that he would control its representation in Congress, and went as far as to claim that he “rules a Communist collectivized kingdom in Hawaii” and that the result of admission would be to “invite four Soviet agents to take seats in our Congress” (Fried, 195). Congress didn’t buy this argument, with the House passing it 323-89 and the Senate 76-15. Most statehood opponents in this case were Southern Democrats who believed correctly that Hawaii would elect two pro-civil rights senators. 83% of Pillion’s own party backed it in the House, and only one Republican opposed in the Senate.

Lest you think Pillion was picking on Hawaii, not a chance! He thought Alaskan statehood would advance Communism as well, claiming that Bridges’ influence had spread there too and that the territory was “a Communist beachhead” (Fried, 195). Republican opposition ironically was substantially greater on Alaska than Hawaii for two reasons: first, it was certain two Democratic senators would be elected, specifically Bob Bartlett and Ernest Gruening, the leading advocates for the state’s admission. Second, they feared that it would be a welfare state, and they would turn out to be correct as the state has the highest number of welfare recipients per capita and all residents are paid a yearly subsidy just for living there. Again, the largest contingent of opposition were Southern Democrats, who again correctly believed the state would add two pro-civil rights senators. However, what they did not anticipate was the state shifting to the GOP. This simply goes to show that the long-run political consequences of events cannot always be foretold.