I chose to cover these states last as they are the last holdouts to vote consistently Republican. For instance, Louisiana was not represented by a single Republican in Congress from 1891 to 1973 and this was the case for Arkansas from 1875 to 1967. 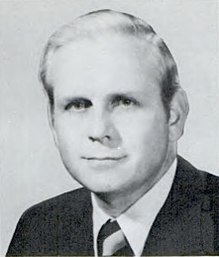 Dave Treen, the first Republican from the state in Congress since 1891 and the first GOP governor since Reconstruction.

During Reconstruction, black political power remained for a bit longer than some of the other Southern states: in 1876 the state narrowly voted for Rutherford B. Hayes in a hotly contested election. The political power of blacks dwindled afterwards and this was accelerated by the adoption of the state’s 1879 constitution, which imposed significant limits on voting rights of freedmen. In 1898, another constitution was adopted that cemented Jim Crow laws in the state. The state was utterly dominated by Democrats, with the most notable of them being the populist Huey P. Long. Unlike many other Southern states, Hoover didn’t do well in Louisiana in 1928, having his third worst performance. The primary factions in the state at the time were pro and anti-Long Democrats. While in the 1930s, the state’s Congressional delegation was quite loyal to FDR, during the 1940s more conservative Democrats were getting elected to Congress. The state was one of the more rebellious ones to the national party in the South and in 1948, its voters voted for Dixiecrat Strom Thurmond by a plurality while Republican Thomas E. Dewey won 17% of the vote. Like elsewhere in the South, the performance of the Republican ticket massively improved in 1952, with Eisenhower winning 47% of the vote. In the next election, he would win the state with 53.28% of the vote, making it the first Deep South state to vote for a Republican president since Reconstruction. Despite this victory, the state GOP was growing quite slowly, making its most significant advances in the northern portion of the state. Democrat John F. Kennedy won a majority of the vote in the state and Nixon only won 28.59% of the vote, with the remainder going to “unpledged electors”. However, in 1964, Republican Barry Goldwater won the state with 56.81% of the vote, which is reflective of the racial backlash to the Civil Rights Act of 1964. The state would remain true to form in this sense in 1968, when they voted for American Independent George Wallace.

The state’s first Republican member of Congress since Reconstruction, Dave Treen, was elected in 1972. That same year, Nixon would win reelection in the state with 65.32% of the vote, winning all parishes save for West Feliciana. Carter won the state by almost six points, but lost by 5.4% in 1980. By this time, the state had elected its first Republican governor in Dave Treen, but he wasn’t popular enough to win reelection against the corrupt powerhouse known as Edwin Edwards. The GOP won in the state twice more, but in 1992 Bill Clinton managed to win by a plurality in a three-way race. In 1996, he made it a majority with 52% of the vote. His victory can be attributed to the state’s large black vote as well as 33% of the white vote, many of whom were “Blue Dog” Democrats. The state has only grown more Republican since then, with Republicans consistently pulling off 57-58% of the vote since 2008. The state was the last among the South to elect a Republican to the Senate since Reconstruction when David Vitter was elected in 2004. As per usual with the Deep South, Republicans didn’t get a majority of the House delegation to Congress until 1994 and didn’t win majorities in both chambers until the 2010 election. Although the state is right now quite Republican with the only Democrat from the state in Congress from New Orleans and both senators being Republicans, the state has proven that a Democrat can still be elected on a statewide level, with John Bel Edwards winning the 2015 gubernatorial election. 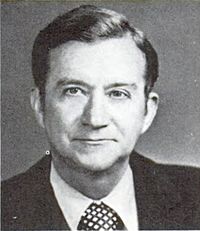 As a state, Arkansas has taken some fascinating turns. Although Arkansas is not always regarded as Deep South regionally, its voting behavior was and is quite characteristic of one. The state was the very last among the South to vote Republican since Reconstruction, with a full one hundred years in between. The state produced some significant national leaders in Senate Majority Leader and New Dealer Joseph Robinson, internationalist Senator J. William Fulbright (as in Fulbright scholarship), and last but most important, President Bill Clinton. Despite Democratic pushes to civil rights and having a governor famous for resisting desegregation in Orval Faubus, the state didn’t bolt in 1948 or in 1964, in the latter case it was the only one in the Deep South not to do so. The state’s voters moved more towards the GOP on the presidential level after World War II, with all candidates between 1952 and 1964 winning more than 40% of the vote. The greatest growth in the Republican Party vote was in the northwestern portion of the state. In 1966, the GOP had a breakthrough when the voters elected Winthrop Rockefeller governor and John Paul Hammerschmidt to Congress in the northwestern 3rd district. Rockefeller proved to be a liberal Republican and was often at odds with the Democratic legislature while Hammerschmidt was a fairly reliable conservative and stands as one of only two people to ever defeat Bill Clinton, who he narrowly defeated in the 1974 election. Rockefeller died in 1973, but Hammerschmidt served until 1993 and helped build the state’s GOP.

In 1968, the state finally bolted when it voted for George Wallace with national Democrat Hubert Humphrey coming in third. In 1972, Nixon won reelection in the state with 68.8% of the vote and all of the state’s counties. By contrast, Gerald Ford got utterly trashed in the state in 1976, winning less than 35% of the vote. In 1980, Ronald Reagan barely edged Carter in the state and this victory may have been attributed to a riot by Cuban refugees temporarily housed in Fort Chaffe, Arkansas. In 1992, Arkansas Governor Bill Clinton won the presidency as well as the vote of his home state. In 1996, Arkansas voted for him again, but also voted in the state’s first Republican senator since Reconstruction, Tim Hutchinson. In 2000, Bush won the state and it has only grown more Republican since. Arkansas is now the most Republican state that was formerly of the Confederacy and the only one that has no Democrats representing it on a federal level. As recently as 2010, the state had two Democratic senators and three of four of its representatives were Democrats. It was indeed the Obama Administration that finally pushed the state firmly into the Republican column. In 2012, both Arkansas legislatures were won by the Republicans, the first time this had happened since Reconstruction. In 2016, the state voted for Trump by over 60%. The state that had once been the most stubbornly Democratic in the South and had been won twice by Bill Clinton is now the most Republican in the region.

One of the reasons for the state’s utter dominance by Republicans now is that the rural-urban divide has become increasingly stark in national politics, and Arkansas is quite the rural state. The comparative lack of suburbanization compared to other states in the South both slowed the state’s Republican turn in the past and boosts it in the present. A similar case to Arkansas is West Virginia, a heavily rural state with a long run of Democratic dominance that has become so red that Republican presidential candidates won all counties in the state in 2012 and 2016, with Donald Trump having his best performance there of any state. Additionally, a factor at play here is that it is the most racially homogenous of the Southern states and has the second lowest percent of blacks (who vote roughly 90% Democrat, take or give a few points) for the region at 15%. There is thus less counterbalance for the increasing number of rural white voters who vote Republican than in other Southern states.