As I have written before, the Great Depression produced many political characters and leaders. In times of trouble, Georgia turned to rightist demagogue Eugene Talmadge and Louisiana turned to populist demagogue Huey Long. The voters of Montana’s 1st congressional district in a span of six years turned to a communist fellow-traveler, a fascist dupe, and a peacenik to represent them.

In 1936, Congressman Joseph Monaghan thought after two terms that the time was ripe for him to run for the Senate. He challenged incumbent James E. Murray in the Democratic primary, but fell to defeat, ending his political career at the age of 30. His departure from Congress opened the door for another young man, 27-year old Jerry J. O’Connell (1909-1956). 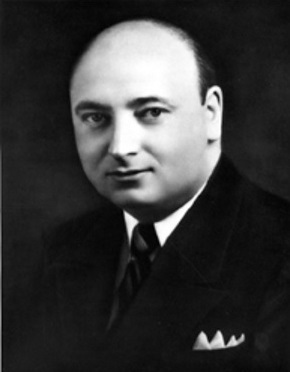 A staunch supporter of the New Deal, Jerry J. O’Connell proved to be even further leftward in his thinking after his election.  He, along with Congressman John T. Bernard, were the only members to visit the International Brigades, the Comintern units fighting in the Spanish Civil War against Franco. Bernard himself would be identified by Communist Party attorney John Abt in his autobiography as one of the two secret communists he was aware of in Congress. O’Connell denied that he was a member of the Communist Party, but Professor Denis Janz in his book World Christianity and Marxism identifies him as an active supporter of the Communist Party. The Catholic Church, which backed Franco, thought so as well, and condemned him for his sympathies. Senator Burton K. Wheeler, although a fellow Democrat, also thought of him as supportive of communism and thus surreptitiously supported his opponent in the 1938 Congressional election, Jacob Thorkelson. During the 1938 campaign, Thorkelson focused on non-interventionism and attacking O’Connell as a “stooge for communism”, while O’Connell attacked him for having run a nudist colony (Johnson, 226). He lost reelection that year.

In 1948, O’Connell became the executive secretary of the Progressive Party in Washington. Bear in mind that the Progressive Party of 1948 was being run and staffed by the Communist Party, which was itself was subsidized by and under the direction of Moscow. Henry Wallace, who didn’t manage the day-to-day running of his campaign, served as their dupe. O’Connell would also lobby strongly against the Mundt-Nixon Communist Registration Bill. Although this effort was successful in 1948, many of the proposed bill’s provisions would be in the McCarran Internal Security Act in 1950. In 1955, he appeared before the House Un-American Activities Committee, but the hearing produced no new information for the committee. He died of a heart attack the next year, only 46 years old. Although O’Connell officially being a communist was never proven, his support of their goals and interests as well as his official role in the Progressive Party of 1948 make him at minimum a fellow traveler, or a philosophical sympathizer with communism. 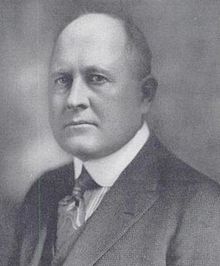 When Dr. Jacob “Thorky” Thorkelson (1876-1945) won the 1938 election, the majority of voters felt relief that their far left Congressman was gone, but the relief was temporary. Soon he was spamming material into the Congressional Record that included banking conspiracies, the Rothschilds, and anti-Semitic and anti-British diatribes. The sources “Thorky” quoted from in the Congressional Record included the Protocols of the Elders of Zion (infamous anti-Semitic forgery), The World Hoax (anti-Semitic book that focuses on connecting Jews to Communism), Action (British fascist Oswald Moseley’s publication), and the Christian Free Press (Nazi publication). He also defended Nazi Germany’s treatment of Jews on the floor of the House, stating, “I question the truthfulness of many of the statements published in our newspapers, for I find upon investigation that German-Hebrews are in a better position in Germany than many of our people in the United States” (Johnson, 228).  An embarrassment to Congress and his party, he was defeated for renomination in 1940 by the first female member of Congress, Jeannette Rankin. He tried in 1942 and 1944 to make comebacks but lost overwhelmingly. Thorkelson died two months after the end of World War II at the age of 69. Historian Jon Axline wrote of him, “It is difficult to determine if ‘Thorky’ actually believed the gibberish he had presented in the Congressional Record. Time after time he was unable to respond to questions about those insertions. Congressman Thorkelson probably was neither a true fascist nor a Nazi, but he was definitely clueless” (Johnson, 229).

Jeannette Rankin (1880-1973) has a unique place in American history. In 1916, she became the first woman ever elected to Congress and she was one of the fifty members of the House to vote against America’s entry into World War I. It is also no surprise that she was a suffragette. Her return in 1940 was a relief to the Montana voters who tired of members of Congress who represented radical ideologies more than the people of the district. Indeed, Rankin voted as a moderate Republican. However, there was a matter in which she was no moderate: peace. She was an uncompromising non-interventionist and even after the attack on Pearl Harbor on December 7, 1941, she was the sole vote against America declaring war on Japan. Rankin knew her political career was over with this vote, but she felt she couldn’t compromise on the question of peace. She lived long enough to participate in anti-Vietnam War marches and died in 1973, less than a month shy of her 93rd birthday.

The Voters of the 1st Get Their Political Star

In 1942, the voters of the 1st elected Democrat Mike Mansfield, who was very much unlike his three predecessors in his political longevity and leadership: he served his constituency for ten years before winning election to the Senate, and served as the Senate’s Majority Leader from 1961 to 1977. He was subsequently appointed ambassador to Japan in 1977 and was so highly regarded in this role the Reagan Administration kept him on until he opted to retire in 1988.