During the confirmation hearings for Elena Kagan, several Republican senators expressed uncertainty as to whether they would have voted for Thurgood Marshall, the first black justice. This of course was on the grounds of his liberal voting record and the fact that she had clerked for him. Perhaps they failed to look at the matter from a historical perspective. Most Supreme Court confirmations throughout the nation’s history were non-partisan and some even had no record vote. As late as the Clinton Administration, liberal Supreme Court justices could be confirmed with ease: only three senators voted against Ginsburg and only nine voted against Breyer. However, Marshall had a bit more opposition. 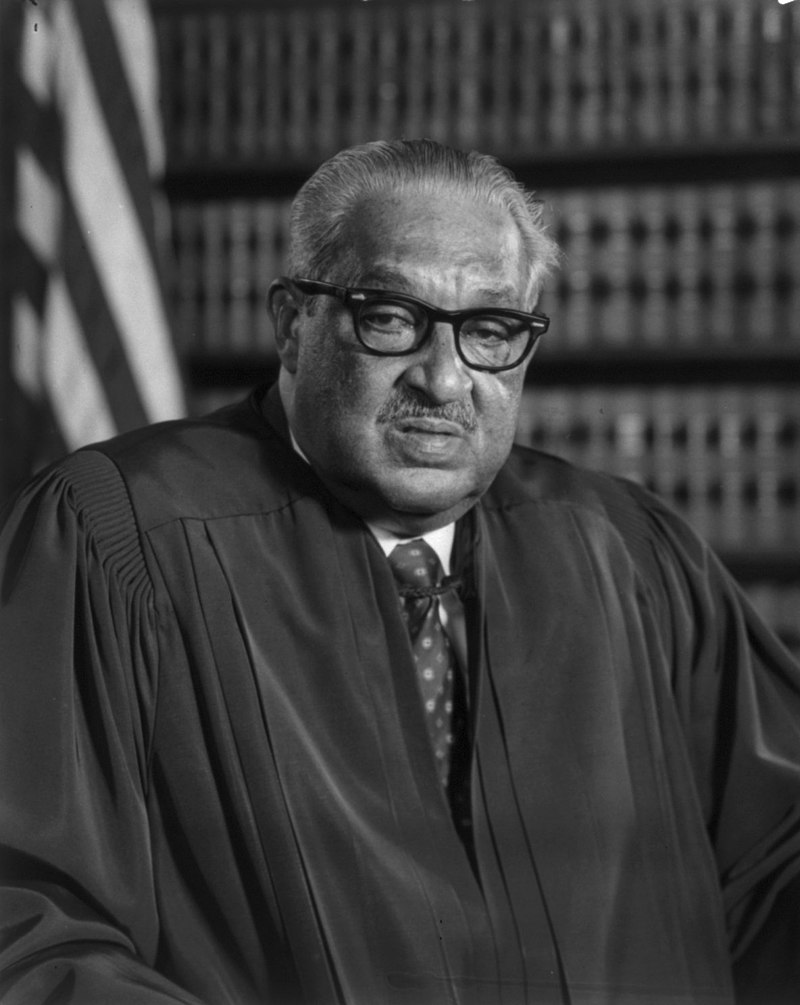 In 1967, Justice Tom Clark announced his retirement, and LBJ, seeking to cement his name in civil rights history in yet another way, picked his Solicitor General Thurgood Marshall, who argued Brown v. Board of Education (1954) before the Supreme Court. When he had been nominated as a federal judge by JFK in 1961, it initially had to be a recess appointment due to the stringent opposition of Judiciary Committee chair James Eastland (D-Miss.). The opposition to Marshall in 1967 included Sam Ervin (D-N.C.), who opposed him as an “activist” judge. Yet, opposition to him was mostly restricted to the South, the sole exception being Robert Byrd (D-W.V.). Byrd was a former Klan organizer, foe of the Civil Rights Act of 1964 and the Voting Rights Act of 1965, and he wrote a letter to FBI director J. Edgar Hoover asking him to investigate Marshall for communist connections. The vote ended up being 69-11, with 10 Democrats and 1 Republican voting against. Now…I know what some people are going to say about the GOP of the sixties, so I included my own ideological measurements, Mike’s Conservative Index, based on a group of ideologically indicative roll calls in the 90th Congress with this vote. A 100 is most conservative, a checkmark means they paired for, and an “X” means they paired against. The vote below reflects a different time in partisanship on judicial nominations and demonstrates opposition to him was regional rather than ideological as conservatives outside the South voted for him.

One thought on “Thurgood Marshall Confirmation: How They Voted”