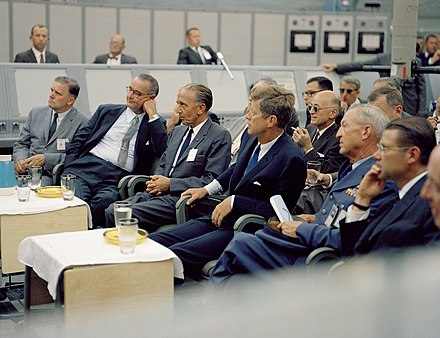 At the end of World War II, the United States and the USSR were eager to gather as many scientists from the defeated Germany as possible. The United States had Operation Paperclip while the Soviets had Operation Osoaviakhim (which was done literally at gunpoint). Because my blog covers American history, I will be focusing on Paperclip. Although President Truman stipulated that no war criminals were to be taken in for this operation, this was in practice disregarded. Numerous scientists and former Nazi officials who contributed to American scientific efforts during the Cold War were implicated in crimes against humanity, and a few had even been convicted.

The most famous of the imports were:

Arthur Rudolph was so critical in the development of the Saturn V rocket that he was regarded as the “Father of the Saturn Rocket”. He was also at first classified as a war criminal by American forces for his use of slave labor; he had directed production operations of the V-2 rocket, which included over 5,000 slave laborers at the Nordhausen camp. In the 1980s, he was forced to relinquish US citizenship when his past came to public light. As late as 1985, he stated that “I read Mein Kampf and agreed with lots of things in it” and that “Hitler’s first six years, until the war started, were really marvelous” (Jacobsen).

Known as the “Father of Space Medicine”, Strughold made tremendous contributions to America’s space program. He also conducted freezing experiments on prisoners of Dachau as head of the Medical Research Unit of the Luftwaffe. The revelations about his involvement were made public after his death and shocked his colleagues and students, who beforehand couldn’t speak higher of him.

Dornberger was the Wehrmacht Major General who headed the facility at Peenemunde and was Wernher von Braun’s superior. Along with Arthur Rudolph, he had direct responsibility for slave labor conditions in these facilities which resulted in the deaths of 47,000 of 60,000 laborers. Initially the British imprisoned him for two years and were going to try him for war crimes, but he was released to the United States to contribute to the rocket program. Dornberger was subsequently hired by the Bell Aircraft Corporation. He contributed to several projects from 1950 to 1965 and rose to the post of Vice President. Dornberger eventually moved back to Germany.

Kurt Debus was a scientist who worked on the development of the V2 rocket along with Wernher von Braun. The mythology that surrounded people brought in under Operation Paperclip was that they were the “good Germans”. However, Debus had been such an ardent Nazi he wore his SS uniform to work and reported a colleague to the Gestapo. Yet, given his expertise, he was chosen to head the John F. Kennedy NASA facility at Cape Canaveral. He retired in 1974 and lived the remainder of his days in Florida.

Wernher von Braun was the ultimate import of Operation Paperclip. A brilliant rocket scientist who dreamed of man going to the moon, von Braun had led production of V-2 rockets used to terrorize London. At the end of the war, von Braun surrendered to the Americans. He subsequently developed ballistic missiles in Fort Bliss, Texas. He became a prominent advocate of space exploration, writing several articles on the subject and served as a spokesman for the cause in the Disney TV program Man in Space. Von Braun served as director of the Marshall Space Flight Center and directed the development of the Saturn V launch vehicle. On July 20, 1969, Apollo 11 landed on the moon, achieving his dreams.

Von Braun, however, had been a Nazi. He was both a member of the party and was granted honorary membership in the SS by its chief, Heinrich Himmler. Additionally, brutal slave labor that caused the deaths of thousands of workers was used to produce V-2 rockets. Von Braun didn’t have authority over the slaves, but it is clear he knew about it. He only started having second thoughts about the regime after he was arrested by the Gestapo. However, without von Braun, the US would likely not have made it to the moon.

Other professionals brought in:

He may have been the worst guy the United States brought in for Operation Paperclip. He was a staunch Nazi and the Deputy Surgeon General. He had been indicted as part of the Nazi Doctors Trial and there was solid evidence that he had authority over plague, anthrax, typhoid, and cholera vaccine experiments that killed thousands of concentration camp inmates. He also collaborated with the Japanese in the biological warfare experiments conducted by the infamous Unit 731. The crimes conducted under the office of the Reich Surgeon General were so bad that the Surgeon General himself, Leonardo Conti, hung himself rather than face trial. Blome would have likely met his end by rope as well had the U.S. government not intervened to spare him. He pretty much got the German version of the deal Americans gave to the doctors of the infamous Unit 731 in Japan. In return for sparing him, Blome provided the U.S. government with his research and services in developing biological warfare agents. He was never held accountable for his actions.

Despite being convicted at the Nazi Doctors’ Trial, getting a 10 year sentence, this Luftwaffe doctor who was implicated in high altitude human experimentation was brought in under Operation Paperclip by contributing to Dr. Strughold’s work from his prison cell.

This guy was a chemist by profession and was personally acknowledged for his work by Adolf Hitler. He ran a rubber producing facility at Auschwitz for IG Farben, where he employed slave labor in horrible conditions that resulted in the deaths of thousands of workers. He was tried and convicted of mass murder and slavery with a mere eight year sentence. He was not only released after serving only half of it but all his wealth, including that earned through slave labor, was restored to him. Ambros was brought in by the U.S. government to advise and participate in the development of chemical weapons. He was also one of the inventors of sarin gas and in the 1950s headed the advisory department of Chemie Gruenenthal, the German pharmaceutical company that developed the drug thalidomide, which was marketed to pregnant women and caused hundreds of thousands of miscarriages and horrific birth defects. He also advised major companies such as W.R. Grace and Dow Chemical Company.

Muckter was a Nazi doctor who was responsible for hundreds of deaths due to his typhus vaccine experiments at Auschwitz. He was arrested by the Americans in 1945 and was brought in to the US for medical research. Muckter subsequently worked for Chemie Gruenenthal, where he led the development of thalidomide, which was released to the public and marketed to pregnant women despite the existence of evidence that it caused birth defects. He made a fortune off of the drug’s sales and ultimately avoided criminal liability while Chemie Gruenenthal was required to pay restitution.

U.S. authorities, given the context of the Cold War, were forced to make moral compromises. Some of the decisions were certainly mistaken, but there aren’t always good choices.