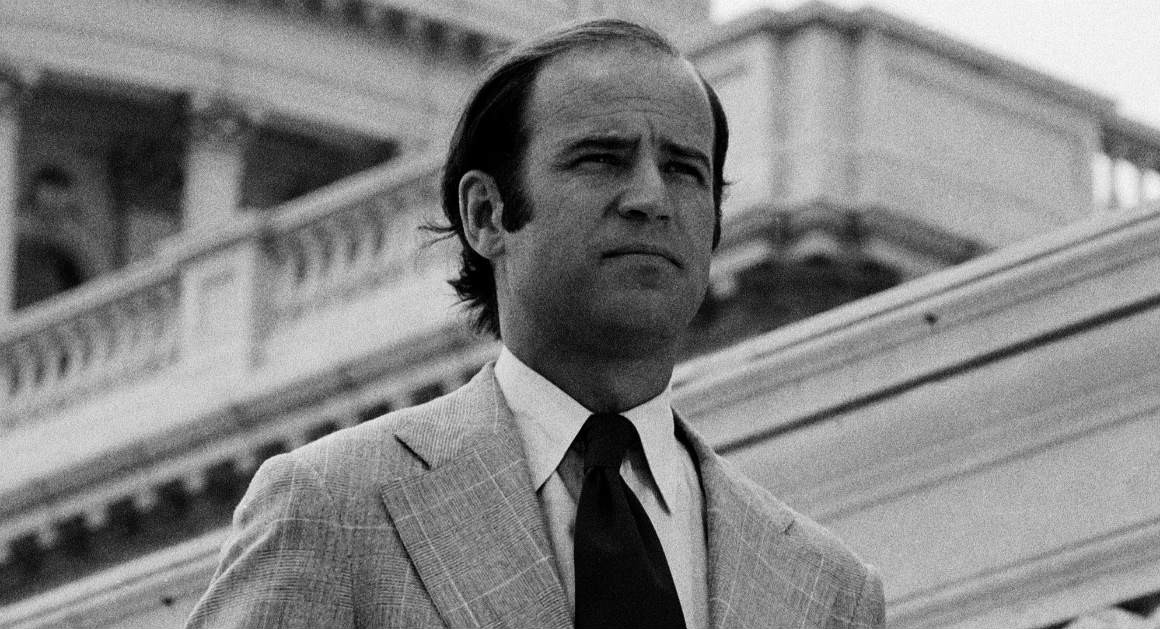 Joe Biden in the 1970s, he stood out at the time as a liberal who turned against busing.

Former Vice President Joe Biden has had a long career in federal politics, so long that it dates back to the Nixon Administration. One of the ways that Biden’s long record of public service can be used against him is his opposition to busing, a means for racial desegregation that resulted in busing students from different districts, including sending a number of white students from middle class neighborhoods to poor black districts. While many, including researchers David J. Armor and Christine H. Rossell, found busing to have failed at its goal of improving the educational outcomes of black students and has been blamed for accelerating the phenomenon of “white flight”, the policy still has its defenders and some of them take issue with Biden’s opposition to the practice. There are also those who believe that opposition to busing was primarily motivated by racism, but I find this belief to be incredibly simplified if you analyze how legislators voted on such questions. A limitation of the example I am about to offer here is it may not be representative of the feelings of the people in the respective districts on these issues, simply those of their legislators. This also, of course, does not account for fringe whites who protested busing in Boston by hurling bricks at buses and shouting n-bombs. I’ll be reviewing four House votes as examples. Two were the votes on the Civil Rights Act of 1964, and the other two were amendments to an anti-busing bill (which didn’t pass the Senate) in 1972. In the below table are the votes of legislators who were serving both in 1964 and 1972.

Rep. John Ashbrook (R-Ohio) amendment to the 1972 anti-busing bill, stating that the neighborhood was “the” appropriate basis for determining public school pupil assignments. This would have limited desegregation to a neighborhood basis.

Rep. Edith Green (D-Ore.) amendment to the 1972 anti-busing bill, permitting the reopening of cases involving court desegregation orders to bring them into conformity with the provisions of the bill.

People can speculate about “hidden” motivations behind people’s opinions so as to make charges of racism unfalsifiable, but to me votes are the most solid proof of where someone stands on an issue. From my studies on voting behavior, I can conclude that unless there is damn good reason to believe otherwise, votes by default should be taken at face value as statements of ideology. As for Joe Biden, he had on many other occasions voted for civil rights legislation, including Voting Rights Act extensions, strengthening fair housing laws in 1988, and the Civil Rights Act of 1991. In my view, he had good reason to oppose busing as the policy was intrusive, coercive, disrupted communities, wasn’t accomplishing what it set out to do, and overrode the will of parents in the name of a social experiment.

3 thoughts on “Opposition to Busing: Based on Race?”