War has been known throughout human history to produce technological innovations, and, as it turns out, legislative ones as well. In 1917, twelve anti-war senators succeeded in killing legislation through filibustering that would have permitted merchant vessels to carry arms in response to the German resumption of unrestricted submarine warfare. The Senate subsequently adopted the cloture rule (Rule 22): that a filibuster could be ended if 2/3’s of present senators voted to end debate. This rule worked quite well for its time and purpose: the revolt of the anti-war senators was put down and the Allies prevailed.  Filibusters were not that common in the next three decades, but Senator Huey Long of Louisiana did conduct numerous solo filibusters against legislation he believed helped the rich and harmed the poor. However, his longest and most famous one was to maintain his own political power: to require the Senate to confirm the most senior employees of the National Recovery Administration so he could prevent his enemies in the state from getting these jobs.

In 1949, the cloture rule was strengthened in two ways: first, cloture applied to judicial nominations and second, it was no longer 2/3’s of present senators, but 2/3’s of all serving senators. One of the most famous victims of the filibuster was civil rights legislation. Any legislation of the sort until 1957 died to the filibuster even though a majority of senators repeatedly favored civil rights legislation. It was the mostly toothless Civil Rights Act of 1957 that was subjected to the longest solo filibuster in the Senate’s history. Strom Thurmond of South Carolina, at that time still a Democrat, spoke on the floor for 24 hours and 18 minutes against the measure. It wasn’t until 1964 that a powerful civil rights law won a cloture vote, ensuring its passage. This was also only the second time cloture had been invoked since 1927. 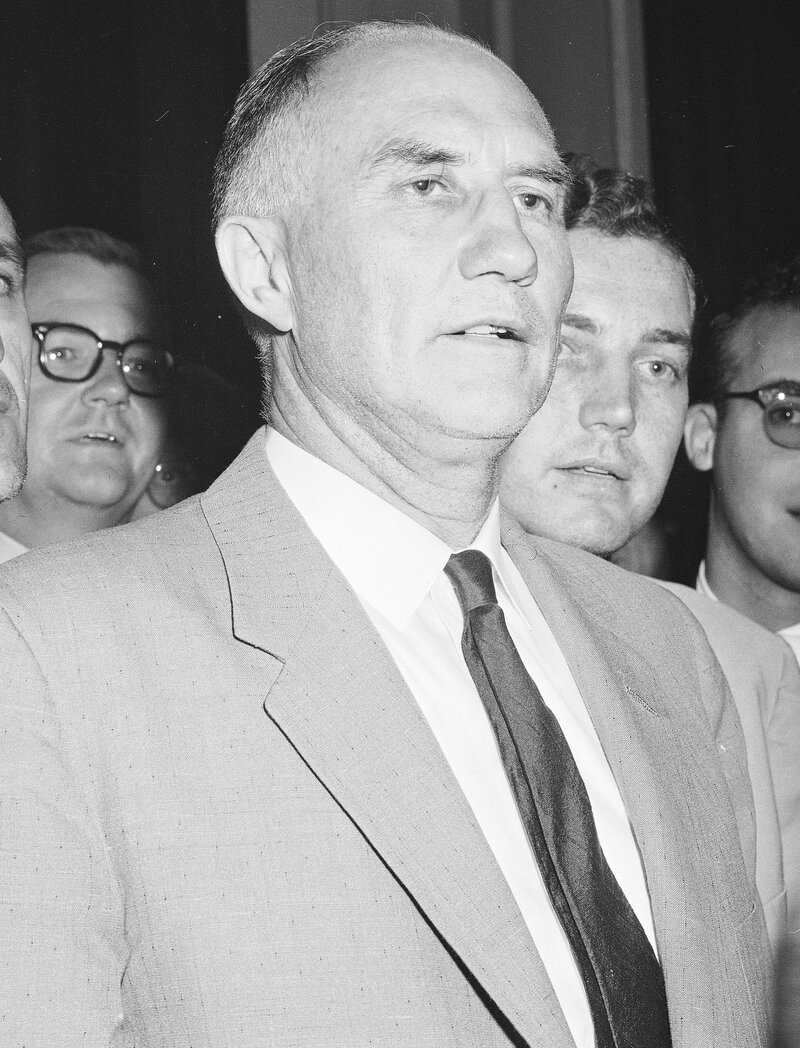 Senator Strom Thurmond, shortly after setting the record for the longest solo filibuster in Senate history.

The filibuster was a powerful tool but only used for legislation that was most strongly objected to because it held up all other Senate business. This, however, would change. In 1970, the Senate, on the initiative of Majority Leader Mike Mansfield (D-Mont.) and Majority Whip Robert Byrd (D-W.V.) altered the rule to allow two tracks of legislation to proceed, so that Senate business could continue. What this development gave rise to was blocking legislation by mere threat of a filibuster. Thus, “silent” filibusters have increasingly rendered controversial legislation having to be passed by 60 votes.  Progressives of both parties also tried to reduce the threshold to 3/5’s to easier pass their preferred legislation. The 1974 midterms changed a lot in how American politics functioned: the power of Southern Democrats over committees was broken, the House Committee on Un-American Activities was abolished, the Democratic Party grew more liberal, and in the Senate the effort by liberal Walter Mondale (D-Minn.) and moderate James B. Pearson (R-Kan.) succeeded as the filibuster threshold was reduced from 2/3’s to 3/5’s majority. Although this rules change didn’t stop filibusters and some legislation continued to be blocked, without this change Obamacare wouldn’t have passed, or the Democrats would have just lowered the threshold before passing.

The Fall of the Judicial Filibuster

During the second Bush Administration, he and the Republicans were trying to shift the federal judiciary to the right and Democrats did their best to block the more ideological nominees, particularly ten nominees which gave rise to the threat of Senator Trent Lott (R-Miss.) to invoke the “nuclear option”, or the elimination of the filibuster on judicial nominees altogether. The 2004 election produced a 55-45 majority for Republicans, making the “nuclear option” more likely. The situation, however, was diffused by an agreement between seven Republican and seven Democratic senators in 2005, a group that would become known as the “Gang of 14”.  The seven Democrats agreed to vote for cloture on judicial nominations except in extraordinary circumstances and the seven Republicans agreed in turn to not vote for the “nuclear option”. This resulted in the confirmation of five of the ten contested nominees. However, this truce would not last.

The parties would find their roles reversed under President Obama, with majority Democrats under Harry Reid threatening to invoke the nuclear option while Republicans, wanting to prevent the federal judiciary from being shifted to the left, sought to maintain the judicial filibuster. Ultimately, on November 22, 2013, Majority Leader Harry Reid invoked the “nuclear option” on all nominees except for the Supreme Court, thus these nominations would be majority vote. Minority Leader Mitch McConnell predicted that the Democrats would regret this action, and in 2017, by a purely party-line vote, the nuclear option was extended to the Supreme Court so Neil Gorsuch could be confirmed. This included the three remaining “Gang of 14” Senators: John McCain, Lindsey Graham, and Susan Collins.

Today, cloture, a rule that was originally devised to speed up the legislative process, remains at 3/5’s majority for legislation. The increased use of the filibuster (or silent filibusters) has been evidence of a change in political culture rather than a defect with the concept of cloture itself. After all, to satisfy the intentions of the founders the Senate must remain the chamber of (political) minority power and debate. I suspect, however, that the changes to the cloture rule will not end with the cessation of the judicial filibuster and I think this will prove to be the case when the time comes that the Democrats win back the Senate.