From 1863 to 1891, an active feud existed between the Hatfields of West Virginia, led by William Anderson “Devil Anse” Hatfield, and the McCoys of Kentucky, led by Randolph “Ole Ran’l” McCoy. Most men from both families fought for the Confederacy, including both patriarchs. However, the conflict originates from the Civil War and the death of Unionist Asa Harmon McCoy, at the hands of a Confederate band led by Jim Vance, Hatfield’s uncle. The height of the blood feud, in which multiple Hatfields and McCoys were murdered and executed, even resulted in political conflict between the states of West Virginia and Kentucky. Although the McCoys didn’t have a politician in the family, the Hatfields did. Henry Drury Hatfield (1875-1962) was one of Devil Anse’s nephews but took no part in the killings, as he was away at school. He pursued a career in medicine, becoming a surgeon for the Norfolk and Western Railway as well as Chief Surgeon of State Hospital #1 in Welch, West Virginia. He also rose in his political career, eventually being elected to the State senate and serving briefly as president of the senate. In 1912, Hatfield was elected governor of West Virginia as a Republican and took a different tone to the violent coal strikes at Paint Creek and Cabin Creek than had his predecessor, fellow Republican William Glasscock. 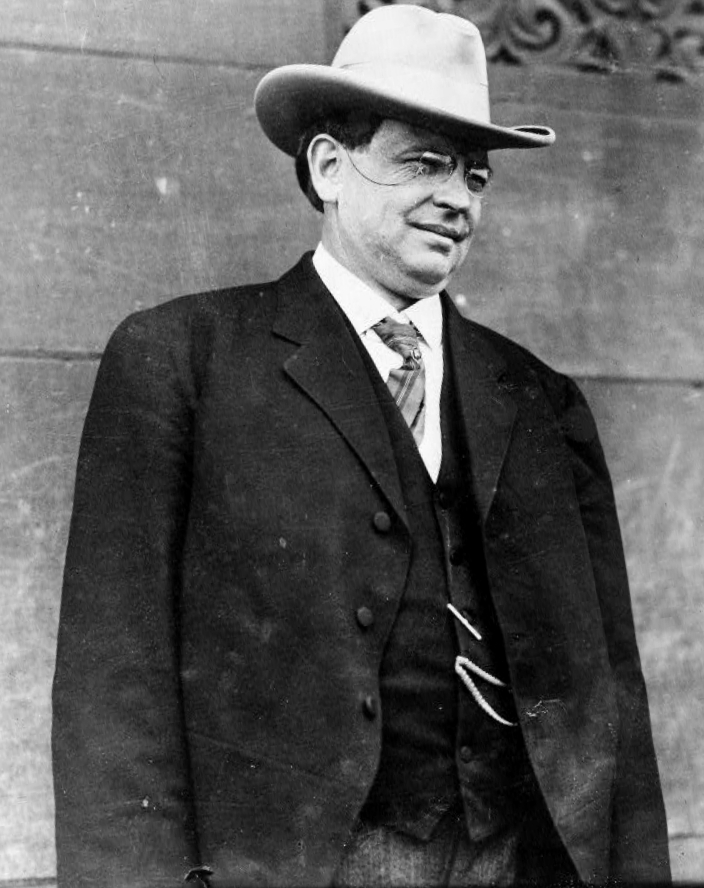 Hatfield visited the mines himself despite receiving death threats and advice from his aides not to, treating injured miners and pardoning Mother Jones and strikers who had been imprisoned by military tribunals. He negotiated a settlement that operators and United Mine Workers agreed to, which included the right to organize, no discrimination against union men, and a nine-hour day. The terms were on balance positive for labor, but the socialists among the miners still opposed the settlement. This provoked the ire of Hatfield, who sent the military to force recalcitrant miners to agree to the settlement and had presses for socialist newspapers in Huntington and Charleston destroyed. During his tenure, he pushed for and signed into law a worker’s compensation measure, mine inspections, and restrictions on the use of mine guards. Hatfield served in World War I after his term as governor was up, providing services as a surgeon.

In 1928, Hatfield was elected to the Senate, defeating incumbent Matthew Neely, the political boss of the state Democratic Party. As senator, his record was conservative, but he sometimes took stances favorable to labor, such as his support for the Norris-LaGuardia Act in 1932. Hatfield also supported retaining Prohibition. However, after the election of President Franklin D. Roosevelt, he became one of the Administration’s leading foes. Hatfield opposed all major items of FDR’s “First One Hundred Days” legislation, stood strongly for high tariffs, and opposed his efforts to cut veterans benefits to fund the New Deal. He denounced the New Deal, stating “The country is being run by a group of college professors…This Brain Trust is endeavoring to force socialism upon the American people” (Bethell, 118). Hatfield’s opposition to the New Deal played poorly at home, and he lost reelection in 1934 by over 10 points to Democrat Rush Dew Holt, who would himself become a critic of the New Deal. He didn’t seek office again, practicing medicine and farming for the remainder of his life.

Tsesis, A. (2012). For liberty and equality: The life and times of the Declaration of Independence. New York, NY: Oxford University Press.