Born of a wealthy political New York Republican family, James Wolcott Wadsworth Jr. (1877-1952) never wanted for anything, yet was a conscientious, honest, and principled politician. His father, James Wolcott Wadsworth Sr., had been a longtime New York Republican Congressman who sponsored the Food and Drug Act in 1906. His grandfather,  James S. Wadsworth, was a Union general and abolitionist who was mortally wounded in the Battle of the Wilderness. In the early 1900s, he was elected to the New York Assembly, where he served as Speaker from 1906-1910 and became friends with another up-and-coming politician of the time: Franklin D. Roosevelt. After spending some time managing his aunt’s ranch in Texas, he decided to run for the Senate.

The first man to be elected to the Senate from New York by popular vote in 1914, Wadsworth was distinctly a member of the party’s conservative wing. He supported measures that encouraged efficiency in government workers such as performance bonuses and permitting the use of a stop-watch to measure said efficiency and was an advocate for military preparedness. Wadsworth also voted against the Sedition Act on free speech grounds. He became most notable for his stances, however, on the two social hot-button issues of the day: Women’s suffrage and Prohibition, both of which he opposed. On Prohibition, Wadsworth predicted a general contempt for the law would arise as a consequence of its nationwide adoption. Both measures he also opposed on state’s rights grounds. While you would think this would cause difficulties with his wife, Alice Hay, she was the head of the organization National Association Opposed to Women Suffrage and was known for her vitriolic writings linking suffrage to feminism and socialism. On the Versailles Treaty debate, Wadsworth sided with Senators Henry Cabot Lodge Sr. and Warren Harding in support of a strong reservationist position.

Although many women and supporters of Prohibition opposed his reelection in 1920, he won in the Republican wave election. In his second term, he was a staunch supporter of the conservative policies of the Harding and Coolidge Administrations. Wadsworth even went as far as to oppose the Sheppard-Towner Maternity Act and a constitutional amendment prohibiting child labor, both subjects in which many Republican conservatives were willing to make exceptions, including Harding and Coolidge. In 1926, Wadsworth would have likely won reelection if it had not been for the entry of an independent Republican candidate, Franklin W. Christman,  who supported Prohibition. The three-way race resulted in victory for Democrat Robert F. Wagner.

The Return of Wadsworth: His Career in the House 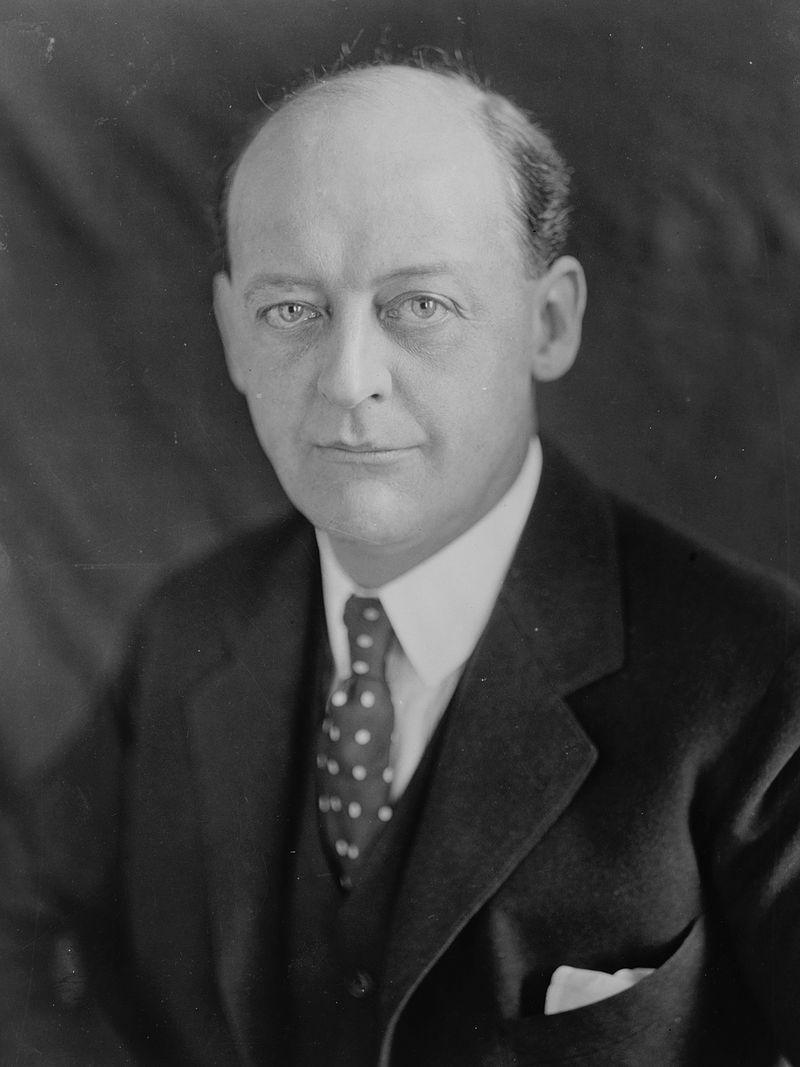 While out of office, Wadsworth regularly advocated the repeal of the Prohibition Amendment, which came to pass in 1933. Wadsworth won election to the House just in time to face FDR and the New Deal. He proved one of the staunchest opponents of the New Deal, opposing every major such law, including Social Security. On civil rights, Wadsworth’s record was not as positive as most Republicans. Although he had opposed an effort to only grant suffrage to white women and opposed a segregation measure for D.C. beaches and bathhouses in 1924, he was one of only eight Republicans in 1940 to vote against anti-lynching legislation and he opposed most efforts to ban the poll tax. Although Wadsworth seemed a man out of his time on domestic issues, he was one of the few Republicans who maintained a strong level of influence during this period and this was not only due to his good reputation on both sides of the aisle.

Unlike his views on the New Deal, Wadsworth strongly supported FDR’s foreign policy when most Republicans were opposing it. In 1940, he sponsored with Sen. Edward Burke the first peacetime draft in U.S. history, which was signed into law by FDR. This constituted a continuation of his views on preparedness from his days as a senator. He also gave critical backing to the Lend-Lease Act and made the difference in saving the peacetime draft from expiring in 1941. Although Wadsworth supported the war effort, he repeatedly supported efforts to minimize wartime controls on the economy. In 1946, he proposed ending all price controls on livestock. As it may be expected, Wadsworth supported both the Marshall Plan and the Truman Doctrine to combat communist influence abroad. However, his support for foreign aid was limited to aid that he regarded as in the direct interests of the U.S.: in 1950, he voted against the Point IV Program, which provided aid to poor nations not recovering from the devastation of World War II. Wadsworth opposed the Fair Deal just as he had opposed the New Deal. By 1950, he was in failing health and chose to retire, dying less than two years later.

Wadsworth was overall a figure in national politics who, despite having some views that would make his election impossible today, lost only one election in his thirty years of federal politics. He was recognized as a principled conservative figure who was fearless in his willingness to disagree with the tides of popular opinion or even some prevailing views in his own party. I may not agree with everything Wadsworth stood for historically, but I respect a politician who stays true to his principles, and this is what he did. He stood for military preparedness before American participation in both World Wars, and consistently stood for limited government and state’s rights on the home front.