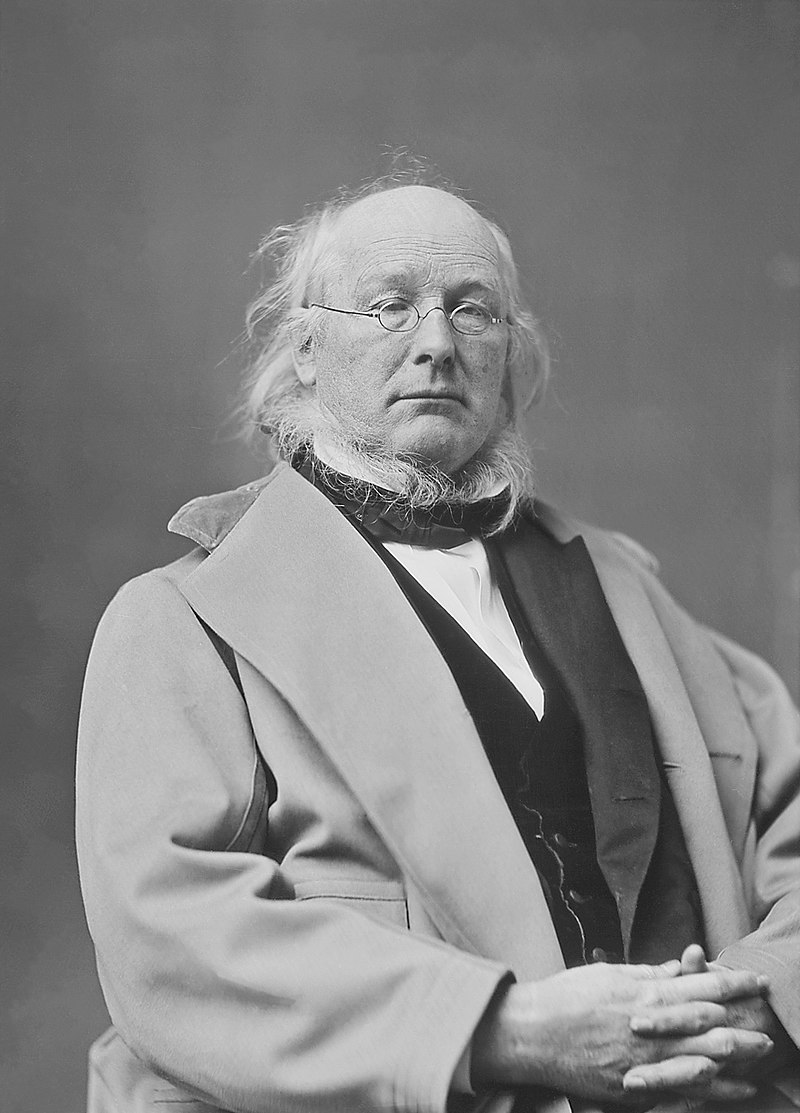 Horace Greeley, founder of the Liberal Republican Party. Isn’t he a strange fellow?

In 1868, the GOP united to elect Ulysses S. Grant president. The GOP at the time was on top of the world and as such was such a big tent party. Different Republican factions wanted hard money while others wanted greenbacks, some supported labor rights while others opposed, many were keen on land grants to railroads while others thought them corrupt. The late 19th Century overall was a politically corrupt period in American history, with the buying of votes, voter fraud, bribery of politicians, and voter intimidation of blacks in the South running rampant. The Grant Administration was quite far from free of the taint of corruption even if Grant himself was. These developments and more troubled a group of primarily left to moderate Republicans who became known as “Liberal Republicans”. They also stood opposed to imperialism and tired of Republican Reconstruction efforts, believing that Reconstruction had fundamentally succeeded at its aim, had become corrupt, and that no more protections of blacks should be implemented. Some of the most prominent figures in the movement were New York Tribune founder Horace Greeley, Senator Carl Schurz of Missouri (who had participated in the 1848 Revolutions in Prussia), and Governor B. Gratz Brown of Missouri. A small group of senators and representatives came to identify themselves as “Liberal Republicans”. They were determined to deny Grant a second term, even if it meant allying themselves with the Democrats. For this, they were often the subject of lampooning by the famous Republican cartoonist Thomas Nast. Their members if the Senate aside from Schurz were Charles Sumner of Massachusetts, Thomas Tipton of Nebraska, Reuben Fenton of New York, and William Sprague of Rhode Island.

Charles Sumner was kind of the odd man out in this group. Although most famous for being radically anti-slavery, at heart he was a New England conservative on economic questions. He opposed currency inflation as well as an eight-hour day bill for government workers. Sumner was also the only one of the Liberal Republican senators to vote for the Ku Klux Klan Act in 1871, cracking down on violence against blacks and Republicans in the South. However, he shared the anti-imperialism of the Liberal Republicans in his opposition to the proposed annexation of Santo Domingo and their strong dislike of Grant. In Sumner’s case, it seems to have stemmed from his leading role in defeating Santo Domingo’s annexation as well as Republicans stripping him of committee assignments for his rebellious behavior.

The movement ultimately proved to be an epic failure, even with the Democratic National Convention officially endorsing the Liberal Republican candidate, Horace Greeley. Greeley was a problematic candidate on a multitude of fronts. He was highly eccentric, an ineffective campaigner, and had taken many reformist stances in the past that at times lacked consistency with each other. These included socialism, free enterprise, vegetarianism, opposition to slavery, and feminism. Greeley was game for just about anything utopian. His ticket only won Georgia, Kentucky, Maryland, Missouri, Tennessee, and Texas. Because Greeley went insane and died mere weeks after Election Day and before the Electoral College counted the votes, votes for him were split among other Liberal Republicans and Democrats. The movement died out after this failure and aside from Schurz, the most prominent members’ careers ended.