In presidential elections, political losers tend to not have a tremendous influence in the long run. No one with the possible exception of a few remaining “Never Trump” Republicans will identify themselves as a “McCain Republican” and no one in the Democratic Party identifies as a “Dukakis Democrat”. However, there are, from time to time, those who never won the presidency yet carried influence well beyond their careers and deaths. Henry Clay of the Whig Party, Barry Goldwater of the Republican Party, and William Jennings Bryan and George McGovern of the Democratic Party are such people. 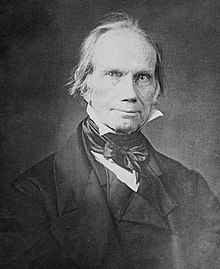 Senator Henry Clay (1777-1852) of Kentucky is perhaps the most influential person who ran for president and lost. He sought his party’s nomination four times and won it thrice, but lost all the times he ran. These were 1824, 1832, and 1844. Famously known as the “Great Compromiser” for his bargains to keep the union intact over the issue of slavery, Clay was the foremost proponent of the Whig Party’s economic philosophy. This philosophy entailed using the federal government for internal improvements, establishing a national bank, and raising tariffs. All three policies were Hamiltonian and with the purpose of growing the private sector, thus the Whig Party’s historical designation as “conservative”. Although the Whigs were never the dominant party and had some wretched luck on presidential victors, their philosophy would come to dominate American political thought after the election of Abraham Lincoln in 1860, who had previously been a staunch Whig and was a loyal adherent to his fellow Kentuckian’s economic views. Clay’s perspective arguably lives on in today’s Republican Party through its pro-business philosophy. The next consequential loser, William Jennings Bryan (1860-1925), came from a different place. 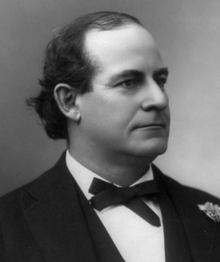 To understand where William Jennings Bryan was coming from, it is necessary to understand the state of the Democratic Party from the Civil War to the 1890s.  The Democratic Party had been dominant until the election of Abraham Lincoln, and it fell tremendously from prominence afterwards. After the Civil War to the late 1870s the Democrats stood unified against Republican Reconstruction policies, but after the end of Reconstruction, the party was utterly divided on what direction they should go, making them an ineffective ideological force against the Republican Party. They simply served to curb what they regarded as excesses of the Republican Party, such as the generous doling out of Union veterans benefits. The only president they elected in the Gilded Age was Grover Cleveland, whose views on economics were frequently conservative. He and many others were what were known as “Bourbon Democrats”. Like the Republicans, they tended to support hard money and free enterprise, while differing from them in backing tariffs “for revenue only” as opposed to boosting domestic industry. In 1890, however, a young Democrat was elected to Congress from traditionally Republican Nebraska, William Jennings Bryan.

Bryan advocated moving the party away from the philosophy of the Bourbons, believing that the federal government needed to be highly active in wealth redistribution and providing more for the public. He represented views that were not being considered by the leadership of either of the parties. Although the 1892 election was a reaffirmation of the Bourbon Democrats, the 1894 election would prove catastrophic as it was during an economic depression. While Bryan himself lost reelection, more significantly the Bourbon Democrats were repudiated in a manner that no group would face until the Republicans at the onset of the Great Depression, as they lost 127 seats in the House. Rank and file Democrats wanted something new, something different, and Bryan, a man of only 36 in 1896, offered a solution. His Cross of Gold speech, condemning the Gold Standard, electrified the Democratic National Convention and secured him the nomination. The most notable line was “you shall not crucify mankind upon a cross of gold” (History Matters). The choice in 1896 was of greater difference than any presidential election in over thirty years. Bryan solidly represented the left of American politics in farmers and laborers while Republican William McKinley represented the right in the middle-class and business interests. The central issue was free coinage of silver vs. the gold standard, the latter McKinley embraced. Business, fearing Bryan, went fully to bat for McKinley and he won. This loss would not deter the Democrats from continuing their support for him.

Bryan would be nominated again in 1900, but this time he muted his views on currency since the economy had recovered at this point and focused on an anti-imperialist platform. Bryan again lost, and more decisively than in 1896. The Democrats passed him over in 1904 for a completely forgettable Bourbon Democrat, Alton B. Parker, who won no states outside the South. In 1908, they selected Bryan again to run against William Howard Taft, but Taft benefited too much from Theodore Roosevelt’s influence to lose. Although he was three-time presidential loser, his candidacy in 1896 brought Populists on board with the Democratic Party and decidedly pushed the national Democratic Party to the left. Although Bryan died in 1925, his views profoundly influenced Presidents Franklin D. Roosevelt and Harry S. Truman, the latter credited him with keeping liberalism alive in the United States.

I will not go into a full description of Goldwater as I have already written six posts about his views in my review of Conscience of a Conservative. What you need to know is that he lost the 1964 election badly, only winning his home state and five Deep South states, but his views carried on into the Reagan Administration and have the greatest influence on today’s Republicans. 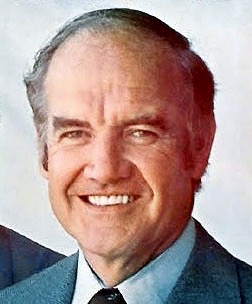 In 1972, Democrats were looking for someone to take on Nixon, and the top candidate they had in mind initially was Senator Edmund Muskie of Maine. However, the Nixon campaign actively worked to undermine his campaign and did so by producing a phony document that claimed that Muskie’s wife insulted French Canadians with an ethnic slur. Given that this is an important group in Maine politics, Muskie had to go on the defensive and at a press conference it looked like he was tearing up over the accusations. This made him appear weak in the public eye, and George McGovern (1922-2012) was resorted to as an alternative. His candidacy ran into trouble as he represented the left-most elements of the Democratic Party, and a campaign insider (who would later be revealed as Senator Thomas Eagleton) told journalist Robert Novak that “people don’t know that McGovern is for amnesty, abortion and legalization of pot. Once middle America – Catholic middle America, in particular – find this out, he’s dead” (Washington Examiner).

Although George McGovern lost everywhere except Massachusetts and Washington D.C., the 1974 midterms brought many staunchly liberal Democrats to Congress, who proceeded to limit the power of conservative Southern Democrats by making it clear that seniority would not be the only criterion for committee chairmanships. McGovern’s candidacy ultimately signaled a second shift of the Democratic Party to the left. While Hubert Humphrey in 1968 had been a representative of liberalism in the New Deal and Great Society mold, McGovern represented the anti-Vietnam War side of the Democratic Party and one that greater emphasized social liberalism.