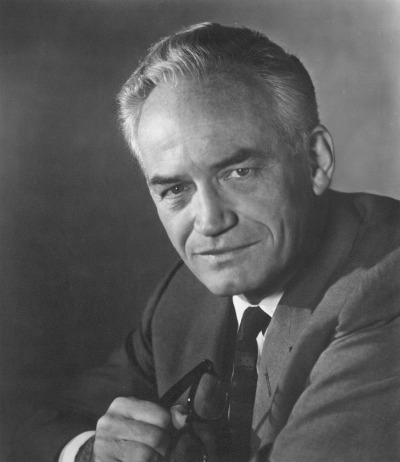 What would a political book in the Cold War be without a chapter about the red menace? Goldwater finds all efforts on the home front at securing freedom to be for naught if we lose the Cold War. He writes, “American freedom has always depended, to an extent, on what is happening beyond our shores” (86). Goldwater finds our national existence to be in peril due to the international communist movement. He believes it has “political warfare and propaganda skills that are superior to ours, an international fifth column that operates conspiratorially in the heart of our defenses, an ideology that imbues its adherents with a sense of historical mission; and all of these resources controlled by a ruthless despotism that brooks no deviation from the revolutionary cause” (87-88). Although writing from 2019 I can say that the US won the Cold War, the power of the political warfare and propaganda abilities of communists are not to be underestimated – too many people still believe their lies to this day, especially in the universities. Goldwater has no respect for those who aim to appease the USSR out of fear of nuclear annihilation, and believes the US is currently losing the Cold War. There was reason to believe this at the time: communism had spread to China, had in 1959 spread to Cuba, and they had the bomb. Anti-communists at the time were losing ground in a defensive war. Indeed, at the time, no nation had turned back from a communist government and no nation would until the American invasion of Grenada in 1983. Goldwater states simply America’s problem: “Our enemies have understood the nature of the conflict, and we have not. They are determined to win the conflict, and we are not” (88-89). Indeed, it would not be until Ronald Reagan was elected president that “winning the Cold War” would be the theme of American foreign policy.  It is not that American leaders were interested in losing, rather it was “peace”.

To be clear, Goldwater doesn’t condemn the goal of peace, but wants victory and peace, the former meaning that a shooting war cannot be “unthinkable”. He channels Patrick Henry in his thinking on freedom, finding death preferable to the absence of liberty Communism would bring. Goldwater holds in utter contempt the sentiment “I would rather crawl on my knees to Moscow than die under an Atomic bomb” (91). Amen! Successful nations are not built, grown, and maintained with fearful and defeatist sentiments. Although Goldwater acknowledges that international alliances and organizations have likely prevented overt military aggression by the USSR, he cites Iraq and Cuba as examples of where they can fall short in anti-Communist efforts. Both pro-Communist coups occurred without direct Soviet involvement, and this was only a year after the adoption of the Eisenhower Doctrine, of which Iraq was a central target. Although Iraq’s pro-Communist regime fell to a coup in 1963, Cuba’s regime proved outright Communist and it remains so to this day. Goldwater regards a strictly defensive strategy as one bound to lose eventually and believes that will be the outcome of the Cold War if our encounters continue to be on the terms of the Soviets.

Senator Goldwater opposes any foreign aid that doesn’t directly support American interests and even finds such aid to be unconstitutional, as the support of the social welfare of people in foreign nations is not an explicit power granted to the federal government. He counts himself as something of a skeptic of the Marshall Plan as well. While Goldwater finds that aid had a correlative effect in weakening the Communist parties in France and Italy, West Germany recovered even faster than those countries with much less American aid. He issues a criticism of economic aid to Europe: it enables these nations to pass more “butter” as opposed to “guns” policies. Goldwater considers communist ideology a product of the mind, and not one of men’s poverty. To this, I must partially disagree. For the well-off person, the former is certainly true. There have been wealthy people in America who have supported communism, such as Frederick Vanderbilt Field, a great-great-grandson of railroad baron Cornelius Vanderbilt. But, if the man on the street finds acquiring food difficult under a despotic yet pro-US regime, they might just want to give the communists a shot, as ironic as this seems in retrospect. When people are hungry, their ability to think is compromised. Why in poor countries do you think some people have resorted to selling their children to people who will make their existences worse than death? I can see only one reason short of sociopathy: the corruption of the mind hunger brings.

Goldwater criticizes U.S. aid to “neutral” nations because first, their neutrality is questionable, and second, they are all committed to Socialism. What’s more, he regards the communist perspective on negotiations as not one to find agreement, but rather to score political points. When the Soviets challenged the U.S. presence in West Berlin, he interprets it as a victory for the Soviets the mere fact that we chose to sit down and negotiate. For Goldwater, the message here is that our position in West Berlin is negotiable. By contrast, when President Eisenhower in 1955 told the Soviets he wanted a discussion about the status of the Soviet satellite states, the USSR flat out refused to negotiate on the subject and there were no repercussions for it. Goldwater believes that the Russian people in this whole matter are not really a factor for diplomacy (although he believes they are on our side) as we cannot know whether the Soviet leaders truly represent the Russian people, as they don’t have a say. He staunchly objects to the normalization of the USSR and the notion that their government is tolerable, and calls for revoking recognition of Russia’s Communist government, just like policy was at the time for China’s government. Goldwater also opposes bans on nuclear testing and disarmament treaties, as he believes that any agreement we will reach with the Soviets will put them, one way or another, at an advantage, including the Soviets secretly breaking said agreements. He also dismisses health concerns regarding atmospheric nuclear testing, believing that the fallout is minimal. There is no other answer for Goldwater than to achieve and maintain superiority in all weapons, and he is willing to spend the money necessary to prevent the destruction of liberty.

Goldwater’s foreign policy is quite moralistic and about the interests of the United States and wants to give Communist regimes around the world no quarter. However, his dismissal of health concerns about atmospheric nuclear testing have aged badly, considering the United States has paid out over $2 billion in compensation over radiation related illnesses and deaths that have resulted. Goldwater’s foreign policy views didn’t truly gain currency until the Reagan Administration, which ultimately got the desired result: the end of the USSR and its domination over European satellite states.

I have in the past identified myself as a “Goldwater Conservative”, and after reading this I know now, more than ever, that I am. His ideas and perspective speak to me, his staunch opposition to coercion in government policy resonates deeply as does his moral and practical opposition to Communism and Socialism. The lessons overall that I took from this book are that Conservatism at heart respects liberty and order, regards the entire Constitution as the law of the land, embraces the free market, and rejects totalitarianism. Conservatism is not an ideology of dollars and cents or a philosophy dedicated to upholding privilege but rather is one of the spirit of mankind, respecting human nature, and does not pretend to have an ideal for a “perfect” society, for that does not and cannot exist in this world. Its prescribed solutions for the problems of today are based in the lessons of history, which is why people who consider themselves conservatives ought to read up on it. I highly recommend this book for conservatives to greater understand what they stand for and may offer some new insights to consider.