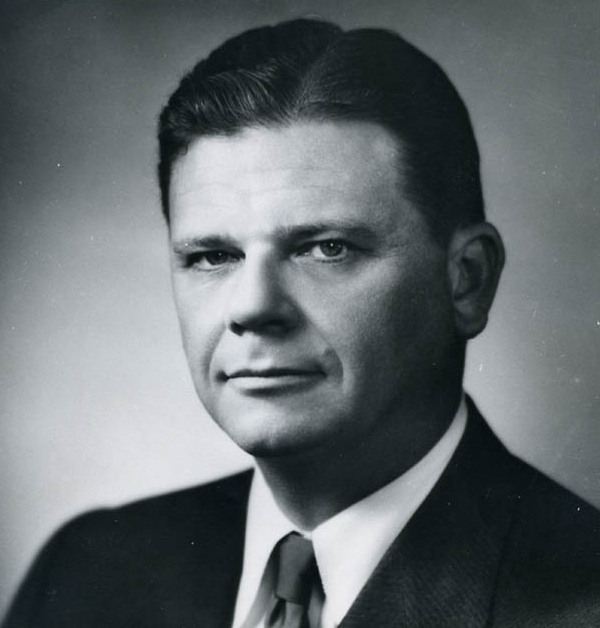 Among the states, Kentucky currently has a substantial seat at the power table as one of its senators, Republican Mitch McConnell, is Majority Leader. Its other senator, Rand Paul, carries national influence as well as the chamber’s spokesman for the GOP’s libertarian wing. While for presidential elections and most congressional elections it is not in question that the state will vote Republican, the state has a long history as a Democratic bastion that dates to dissatisfaction with the Lincoln Administration, as Kentucky was a slave state. Although the GOP started to make headway at the turn of the century, successful statewide Republican politicians were few and far between, and none of the senators they got elected won second terms. Republicans had a stronghold in Eastern Kentucky, a land known for bourbon, coal mining, and blood feuds but usually found little success elsewhere. The political scene slowly changed after World War II as two figures emerged to challenge the scene: John Sherman Cooper (1901-1991) and Thruston B. Morton (1907-1982).

In 1945, Senator A.B. “Happy” Chandler resigned office to be Commissioner of Baseball. The following year, Republican John Sherman Cooper was elected to finish his term. He had been a judge who had been known during the Great Depression as sympathetic to the plight of the poor; Cooper even suffered a nervous breakdown over the poverty of the people who came before him. From the very beginning, he proved a maverick (he voted only 51% of the time with his party in the 80th Congress) much to the frustration of conservative leader Senator Robert Taft, who demanded after his first two votes went against the party, “Are you a Republican or a Democrat? When are you going to start voting with us?” Cooper replied, “If you’ll pardon me, I was sent here to represent my constituents, and I intend to vote as I think best” (Krebs, 1991). This quote defined his career and won him many supporters. Cooper was not a skilled public speaker and tended to work behind the scenes, thus his independence was of central value. 1946 also brought victory for Republican Thruston Morton, who defeated Democrat Emmet O’Neal for reelection in the 3rd district (Louisville). Morton also proved somewhat independent, but was more to the right than Cooper. Both were supporters of foreign aid measures and embraced the Truman Doctrine and the Marshall Plan. Despite Cooper’s independence and gaining popularity, he lost reelection to Congressman Virgil Chapman in 1948, as it was a Democratic year. In two years, he had gained the respect of his colleagues to the point that President Truman appointed him as a delegate to the United Nations General Assembly and there he participated in the crafting of the North Atlantic Treaty Organization. Morton, on the other hand, won reelection and would serve in the House until 1953, after which he worked for the Eisenhower Administration to lobby Congress on foreign policy.

In 1951, Chapman, a severe alcoholic, was killed in a car crash. Cooper’s chance to return to the Senate had come, and he won the election to complete his term in 1952 despite Eisenhower losing the state. Although Cooper was popular, in 1954 former Majority Leader and Vice President Alben W. Barkley wanted back in the Senate. He was quite possibly the only Democrat who could have beaten him, and did so. President Eisenhower subsequently appointed Cooper Ambassador to India and Nepal.

John Sherman Cooper had a bizarre sort of “luck” if you choose to call it that, as Barkley didn’t last long in his final go in the Senate. In 1956, he died while making a speech on the Senate floor at the age of 78. As Cooper did before, he won the election to complete the term of the man who beat him. That same year, Morton narrowly won election to the Senate in an upset, defeating Majority Whip Earle Clements. Also, unlike in 1952, Eisenhower won Kentucky in his second term run.

Eisenhower’s second term brought the issue of civil rights to the forefront of American political discussion, and both of them were strong advocates for the Civil Rights Act of 1957, voting against amendments weakening the bill. Both Cooper and Morton tended to favor budget cuts, but the former proved more willing to expand government functions and also often supported the interests of unions. In 1959, representing the liberal wing of the GOP, Cooper ran for the Minority Leader post, but the conservative Everett Dirksen of Illinois beat him by four votes. In 1960, he won reelection with a resounding 59.2% of the vote, making it the first time he as well as any other Republican won reelection to the Senate from the state. That year, Morton was on the list of contenders for vice president, but Nixon chose Henry Cabot Lodge Jr. He helped his party by serving as head of the Republican National Committee from 1959 to 1961, with the GOP making legislative gains in 1960. Two years later, Morton won reelection by over 5 points. The Republican Party in Kentucky had gained in significance by running two successful statewide politicians.

On the New Frontier, both Cooper and Morton supported expanded foreign aid but Cooper often supported Kennedy’s domestic agenda while Morton often opposed. For instance, Cooper supported Medicare, while Morton did not. Cooper, however, was not strictly liberal in his voting: he opposed the Kennedy Administration’s public works program, was skeptical of major housing programs, and favored constitutional amendments for school prayer and against “one man, one vote”. In 1963, President Lyndon B. Johnson named Cooper, a close Kennedy family friend, to the Warren Commission to investigate the assassination of President Kennedy. In 1964, the senators split on the signature anti-poverty legislation of the Johnson Administration, the Economic Opportunity Act of 1964: Cooper voted for, Morton against. Although Cooper and Morton had some disagreements with the content of the Civil Rights Act of 1964 (they both voted against the section cutting off federal funds for discriminatory administration of programs and Morton voted against the employment discrimination section), they both played a role in the passage of the law, with Morton proposing a jury trial compromise for criminal contempt cases that likely saved the bill. Bear in mind, the bill was not popular in Kentucky: only 1 of Kentucky’s 7 representatives, all up for reelection that year, voted for the bill, but both senators voted for. It helped that neither Cooper or Morton were up for reelection that year, so they had more room to vote their consciences. Morton did his part for the GOP once again as he served that year as head of the Republican Senatorial Campaign Committee.

Vietnam and the End

In 1966, Cooper again won reelection, this time by 29 points. The Vietnam War troubled both men, and Cooper came out as a top foe of Nixon’s expansion of the war to Cambodia. He sponsored with Senator Frank Church (D-Idaho) the Cooper-Church Amendment in 1970, which if enacted would have cut off all funding for operations in Cambodia. A revised version passed that provided limitations, but not a cutoff of funding. As for Morton, he decided to give his support to Nelson Rockefeller in 1968 and chose not to run for reelection. Given that Republican Marlow Cook kept his seat in the election, Morton could have won another term, but he had grown depressed with the state of the country, particularly regarding urban riots. He had also fallen into poor health, which would continue to decline until his death in 1982. Cooper opted to retire in 1972, even though he could have easily won reelection and wasn’t too old to continue serving. He had tired of the Senate and was starting to lose his hearing. Even in political retirement, he was called upon on one more time to serve his country: President Gerald Ford appointed him Ambassador to East Germany. Cooper dedicated the remainder of his professional life to practicing law, retiring in 1989.