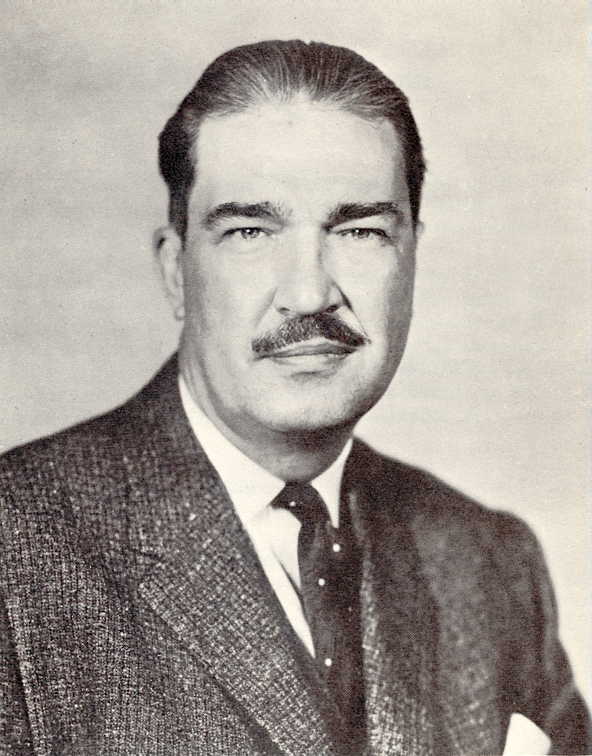 The American right has its heroes and success stories, the most venerated one in recent history being Ronald Reagan. However, there are others who most modern members of the right probably want to run from as fast as they can. Revilo P. Oliver is an example of such a figure except among the alt-right. The political story of Oliver begins with the foundation of the John Birch Society.

In 1958, Robert W. Welch, alarmed at the growth of communism in the world and a perceived growth at home, founded the John Birch Society. Among the original founders was Professor Revilo P. Oliver. Oliver taught the classics at the University of Illinois, was fluent in Spanish and Italian, and served as an intellectual influence as well as a leading spokesman for the John Birch Society. A friend of William F. Buckley Jr. of National Review, until 1964 he wrote book reviews for the publication. Buckley, however, was wary of Oliver writing columns, as he was an anti-Semite and a conspiracy theorist. He was the top promoter of Holocaust denial (which he called the “hoaxocaust”) as well as illuminati and fluoridation conspiracy theories within the John Birch Society. Oliver really believed what he pitched on fluoridation: he kept a small water tank with him to ensure that he consumed no fluoride. He also wrote for the John Birch Society’s magazine, American Opinion, until 1966.

Oliver’s Time in the National Spotlight: The Kennedy Assassination

A few months after the Kennedy assassination, Oliver wrote an article for American Opinion titled “Marxmanship in Dallas”, in which he postulated that a possible reason for John F. Kennedy’s demise was that he was turning on his Soviet masters and was thus assassinated on the orders of Moscow. For this article, he was called before the Warren Commission to testify on September 9, 1964, but he fared poorly under questioning and could not back up his most extreme claims. Ultimately, Oliver could offer no more than speculation.

Oliver’s Fall Into Obscurity and Extreme Hatred: His Speech at the 1966 New England Rally for God, Family, and Country

In July 1966, Oliver delivered a speech titled “Conspiracy or Degeneracy?” before the 1966 New England Rally for God, Family, and Country, in which he stated that problems we face in society would likely still be occurring even if Jews  “were vaporized at dawn tomorrow” (Bevan, 2009). For this speech he was forced to resign from the John Birch Society, after which he denounced the “Birch hoax” and went to darker places. His speeches afterwards were overtly racist and anti-Semitic, including one called “What We Owe Our Parasites”, which he concluded by saying the only thing America owes black Americans if they insist on civil rights was “a free ride to Africa” (Oliver, 1968). Although before audiences of right-wing organizations he would often tout the values of Christian society, he was in fact an atheist and became more staunch in these views as he grew older, thinking of Christianity as encouraging weakness.

In 1974, he founded with William Luther Pierce the National Alliance, an overtly white supremacist organization. Oliver nonetheless continued to teach until his retirement in 1977. He wrote for publications such as the Institute for Historical Review (the purpose of its existence is Holocaust denial) and Liberty Bell, but by this time he attracted no mainstream conservative attention and at this point was outright pro-Nazi, praising the “clear-sighted realism” of Reinhard Heydrich, the architect of the Final Solution (Bevan, 2009). To the very end he believed in a Jewish conspiracy that had world domination as its aim. In 1994, Oliver, dying from leukemia and emphysema, took his own life at 86.

Revilo P. Oliver is a cautionary tale for his descent into conspiratorial thinking and hatred. He was more than capable of producing intelligent work (and did in his field of study), but he spent his credibility on racism, antisemitism, and conspiracy theories.  The problem with conspiratorial thinking is that it pushes that the reason certain views don’t gain currency is due to external, unseen forces rather than responsibility on the part of the actors promoting such views or the fact that such views have distinct problems that render them unable to gain majority support.  It is a surrender of responsibility and a sacrifice of the truth in the name of convenience. I see today a creeping embrace of conspiracy theories on the right as the alt-right and conspiracy theorists get more attention. I have seen this from people I have personally encountered as well, including one who questioned whether approximately six million Jews perished in the Holocaust.  Please steer clear of the Oliver types, the road you will go down is a dark one.

Oliver, R.P. “What We Owe Our Parasites”. Speech delivered to a German-American group at the Lorelei Club in Hamburg, New York, June 9th, 1968.