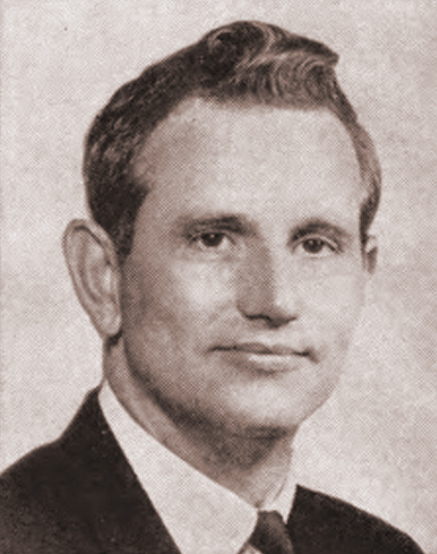 The House Un-American Activites Committee is now a distant memory, but from 1939 to 1975 it stood as a Congressional committee that actively investigated communism. The last of its chairmen was Richard Ichord (1926-1992), a Missouri Democrat who was most certainly not like any Democrat of today.

Elected to Congress in 1960, Ichord supported most New Frontier initiatives but stood strongly opposed to foreign aid. His tune towards activist government would change with the Great Society. While he supported a few Great Society initiatives, he grew more skeptical of anti-poverty legislation and consistently backed anti-communist riders to foreign aid legislation. After the retirement of chair Edwin Willis (D-La.) in 1969, Ichord brought some changes to the committee, including changing the name to the Internal Security Committee as well as narrowing the functions of the committee. However, these measures did not placate HUAC’s critics, who believed the committee was itself un-American and had outlived whatever purpose it may have had. A supporter of the Nixon Administration’s war policy, in 1969 he charged that the New Mobilization Committee to End the War in Vietnam had many pro-communists and communists in its leadership (Rosenbaum, 1970). In 1972, in response to Jane Fonda’s visit to Hanoi, Ichord sponsored with Georgia Republican Fletcher Thompson legislation that would make it a felony to travel to a nation that is in a state of war with the United States (Bosworth). The legislation failed to pass under suspension of the rules and was not brought up again.

The Internal Security Committee ultimately fell victim to the fallout of Watergate, as the 1974 election had brought many liberals to Congress, which enabled Rep. Phil Burton (D-Calif.) to abolish the committee with stealthy and swift procedural maneuvering. Ichord’s major role in Congress had concluded with the end of the committee. Although he had voted for the Civil Rights Act of 1964 and the Voting Rights Act of 1965, he held such an unfavorable view of Martin Luther King Jr. that he was one of only 11 members of the House to vote against a bust or statue for him in the Capitol building in 1979. The following year, Ichord opted not to run for reelection and subsequently became a lobbyist for anti-communist causes.

To Agree to H. Con. Res. 80, Authorizing a Bust or Statue of Martin Luther King Jr. to be Placed in the Capitol. Govtrack.