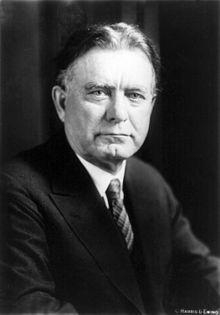 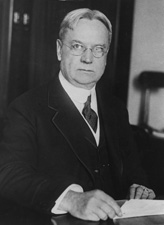 The Tea Party, as Americans politically tuned in know, are a group of people strongly opposed to government interference in the lives of the American people overall but especially on taxes and the economy. There was a group that proved as truculent on foreign policy, and were successful in their aims in the short run. This group existed during the tail end of the Wilson Administration and with the end of World War I, Woodrow Wilson wanted to create an alliance of nations that would ensure that a repeat of the war would not occur. This idea was the League of Nations, and the United States’ participation would be ratified through the Versailles Treaty. This subject became a topic of heated debate, with various different factions emerging. The most staunchly opposed group to the treaty were the Irreconcilables, who opposed the treaty in any form. This was a group of sixteen senators, fourteen Republicans and two Democrats. The senators were:

Miles Poindexter, R-Wash. – Conservative, but was once progressive.

Unlike the Tea Party of today, this group was not uniformly conservative. Its most prominent representatives, Senators Hiram Johnson and William Borah, identified with the progressive wing of the GOP. As Woodrow Wilson toured the country to promote the treaty, Johnson and Borah toured the country to oppose the treaty. Borah’s opposition was so intense that he stated that he would not support the treaty even if Jesus Christ came to Earth and instructed him to do so (Buchanan). A stronger statement cannot be made from someone who identifies as a Christian.

These senators had different reasons to be concerned about the Versailles Treaty. Conservatives feared a loss of sovereignty and a compromise to set America’s destiny while progressives feared that this would further imperialism and ultimately serve the interests of big business rather than the people. Despite being only a group of sixteen, it was their position that won out in the short run. Their position prevailed because Woodrow Wilson and Majority Leader Henry Cabot Lodge (R-Mass.), the leader of the strong reservationist wing, despised each other so much that they would not speak to each other or be in the same room. Both men held doctorates, were intellectual equals, and disagreed on almost every major issue. Wilson would not accept a treaty with reservations that would prevent the US from being obligated to commit troops to defend an ally even when it was clear that a treaty without reservations could not even win a majority of senators. He would rather have lost on the whole matter than concede to Lodge. Although the irreconcilables’ position, no treaty at all, prevailed in the short run, in the long run it was Lodge’s position that prevailed. The US became a member of the United Nations in 1945, which does not obligate them to commit troops to defend an ally, even if we often do so anyway. Thus, the aim of joining an international alliance was fulfilled, but only after a second world war, and avoiding the strong commitments contained in the Versailles Treaty.