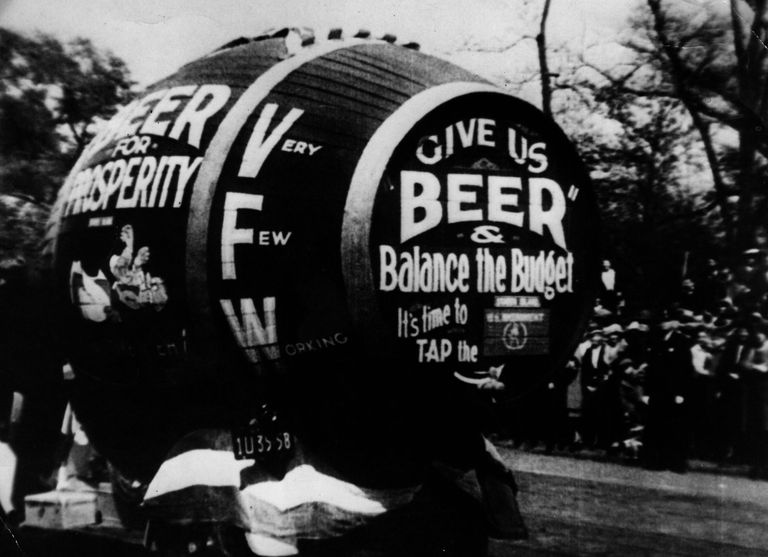 The policy of prohibition has numerous identifiable causes. One of them as I wrote in an earlier post was the effectiveness of Wayne Wheeler of the Anti-Saloon League. Another was World War I, as it enabled the demonization of Germans and their culture, of which beer is a staple. However, Prohibition would not have been feasible if it had not been for the income tax.

One of the arguments that could always be presented against prohibitionist policy before 1913 was that it would deprive the government of a fundamental source of revenue: the whiskey tax. For the first 125 years of the U.S.’s existence, the primary sources of federal revenue were tariffs and alcohol taxes. Although the U.S. government had an income tax in place from 1861 to 1872, this tax was strictly to cover the costs of the Civil War, and the Republican Party was content to allow its expiration. Whiskey and beer taxes levied during the war, however, remained. Although proposals had come up to bring it back, it wasn’t placed into law until the Wilson-Gorman Tariff of 1894, which was meant to offset the revenue loss from tariff reductions. This portion of the law, however, was overturned by the Supreme Court, necessitating the adoption of a constitutional amendment. The 1910 election proved pivotal to this end as Democrats swept state legislatures and were able to ratify the 16th Amendment, permitting an income tax. In 1913, the first permanent income tax was adopted under the Underwood Tariff bill, which also lowered tariffs. Although the Prohibition Amendment failed to pass in 1915, American involvement in World War I resulted in its passing Congress and ratification.