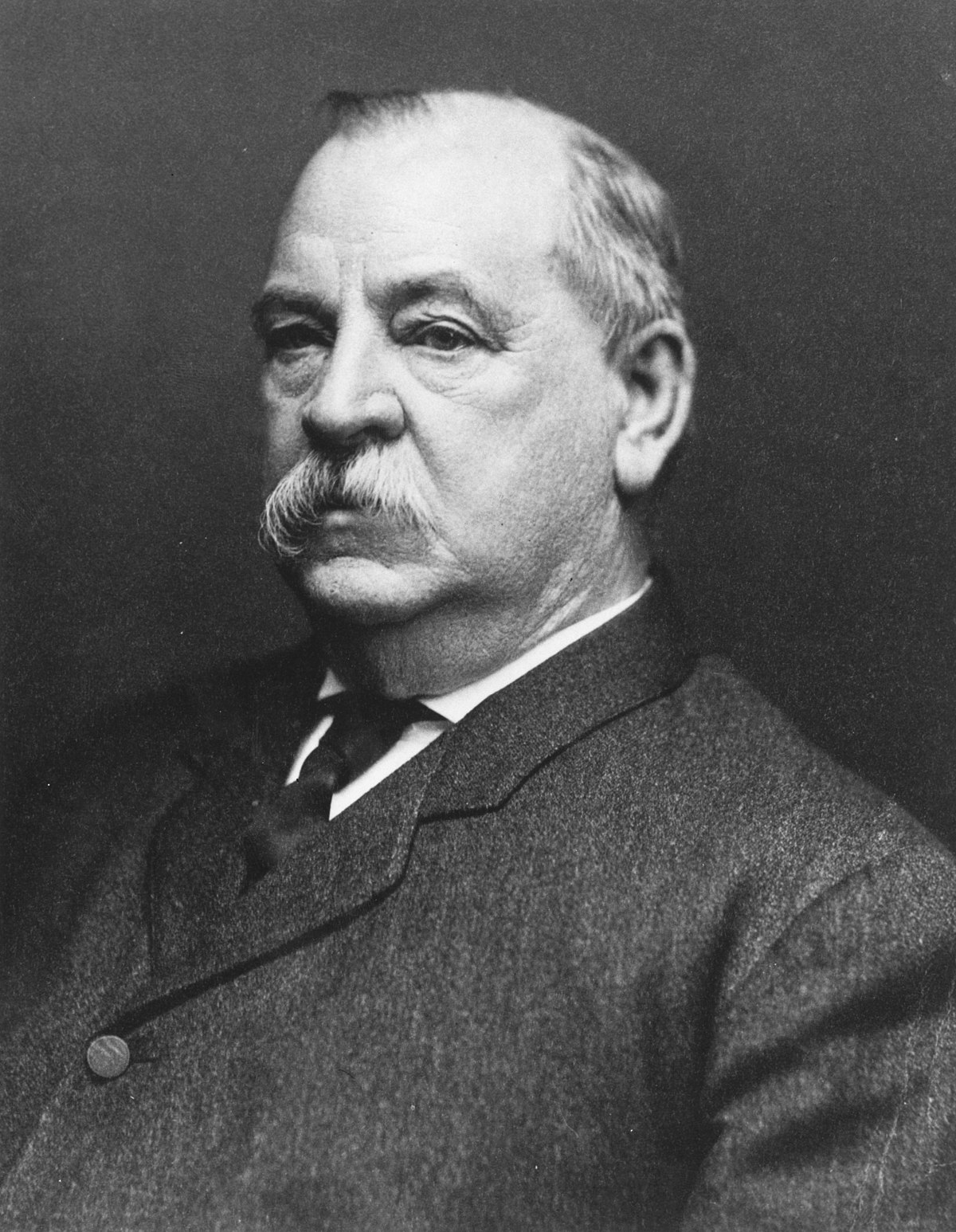 In light of recent events, there is a story of historical scandal that bears some similarity, in which accounts differed. Except this was not a Supreme Court nominee, this was a presidential candidate. No comparison is perfect, but the 1884 election mirrors the 2016 election in a few ways: the victor was from New York, won the South, was a political outsider, and had a sex scandal. The opponent was found to have taken payments in exchange for favors to railroads, thus the corruption accusations played a role in the loser’s defeat.

The traditional historical account of Grover Cleveland’s sex scandal is that he became “illicitly acquainted” with widow Maria Halpin, a woman who also had similar acquaintance with his friends. Given that Cleveland was the only bachelor among the men, he assumed responsibility for the child. This is the version found in history textbooks, but is this the truth or merely the official story given by Cleveland’s 1884 campaign?

Grover Cleveland’s sexual history sure wasn’t normal. He was one of the few bachelors to be elected president, and after being elected he married his good friend’s daughter, Frances Folsom, who was 27 years younger. Before his marriage, when his sister had chided him about getting married, he stated, “I’m waiting for my wife to grow up” (History News Network). This is even creepier when you consider that he assumed guardianship over his future wife when she was 11 after her father had been killed in an accident, so he was specifically referring to her. There is another way it wasn’t normal. You see, his campaign’s story wasn’t the only one in regard to his relations with Maria Halpin.

Author and reporter Charles Lachman challenged the traditional narrative when he wrote A Secret Life, which holds that the traditional narrative is incorrect, rather that Maria Halpin’s version is an accurate version of events. She stated that she went on a date with Cleveland after he was quite persistent. After dinner, Halpin alleged that he sexually assaulted her [b]y use of force and violence and without my consent” (Lachman, 2011). After the rape, Cleveland allegedly threatened to ruin her if she reported, stating that “he was determined to ruin me if it cost him $10,000, if he was hanged by the neck for it” (Lachman, 2011). Halpin discovered she was pregnant six weeks later, and he had her committed to a mental asylum and her child, Oscar Folsom Cleveland, placed in an orphanage. She was soon released after the doctors concluded she was sane. Halpin was not a free-wheeling woman, rather a church-going widow with two children. Tragically, Halpin would never see her son again. Despite the injustice, Cleveland’s story prevailed and he was elected president twice.

What kind of man was Cleveland? Was he really a rapist? Did his record on integrity differ so much from his public life and his personal life? What I will say is this: her account is the most credible rape accusation that has been leveled against a president. Although from a contemporary standpoint, Thomas Jefferson’s relations with Sally Hemings is regarded as rape as she wasn’t in a position to refuse, how they actually felt about each other is up to dispute and the actions both of them took throughout the relationship are up for interpretation. Maria Halpin’s account, however, is a direct contradiction of that of Grover Cleveland. Lachman’s work, though, is not a historian’s work and I haven’t read any account from historians that claim to back or refute this revisionist view. Overall, Cleveland’s scandal may be far deeper than is traditionally believed.