Maine’s story is a bit different than that of the industrialized Northeastern states, as immigrants did not directly flock to the state and that Maine is only Democratic leaning, not staunchly Democrat. Maine, in fact, was the only New England state to give Donald Trump an electoral vote. Yet, the state has not voted for a Republican for president since 1988. Once, it was one of the most Republican states in the nation.

Maine’s Republican Party was historically quite strong. The party’s first Vice President, Hannibal Hamlin, had once been a Democratic senator who ditched the party on the issue of slavery. The state and its voters for quite some time proved strongly conservative on social and economic issues. Senator James G. Blaine was a prominent figure in the party and was its unsuccessful candidate for president in 1884. One of the most powerful Republican Speakers of the House, Thomas Brackett Reed, represented Maine’s 1st congressional district. The state was able to maintain having two Republican senators throughout the entirety of the Roosevelt Administration, although incumbent Frederick Hale came very close to losing reelection in 1934. In 1936, the state was one of only two to vote for Alf Landon. The state’s two senators, Frederick Hale and Wallace White, were predictable votes against the Roosevelt Administration, with the former being more extreme as unlike White, he voted against Social Security and the Wagner Labor Relations Act. After this election, the Republican Party was quite secure in its hold of the state until the rise of a politician named Edmund Muskie. 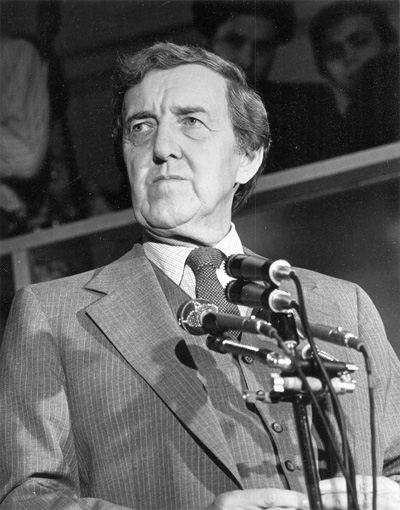 In 1954, the voters elected Democrat Edmund Muskie governor. He was the state’s first Roman Catholic governor, and he pushed strongly for the expansion of the Democratic Party in the state. According to the New York Times, he “revitalized the state’s frostbitten Democratic Party…” (Apple, 1996). This was demonstrated in 1958, when the Democrats scored a smashing victory in the state: Muskie defeated incumbent Republican Senator Frederick G. Payne 60-39%, and of the three representatives in the state, only the 3rd district was held by a Republican, Clifford McIntire. For Maine, Muskie was the figure that transitioned the state from Republican to competitive. Maine’s habit of voting Republican for president, something the state had only broken away from once in 1912, would be broken again in 1964 and in 1968, when the voters backed Humphrey due to the state’s favorite son, Muskie, being the Vice Presidential candidate. The state would oscillate throughout the 1970s, with the Democrats even able to defeat GOP moderate Margaret Chase Smith, the first woman to run in a major party primary for president and the first woman to be elected to the Senate without succeeding her husband, for reelection in 1972. The state, however, would vote Republicans for president until 1992.

Maine has not voted Republican for president since 1988, but has been willing to elect moderate Republicans to federal office and it is the only New England state that currently has Republicans representing it on the federal level in Sen. Susan Collins and Rep. Bruce Poliquin. Before 2013, Maine also had Republican Olympia Snowe representing it in the Senate. The state also has a Republican governor, Paul LePage, who is not known for moderation. Hillary Clinton also only won the state by less than 3%, a poor recent performance for a Democratic candidate in a state that has voted Democrat since 1992.

Maine overall is not as Democratic as the other states previously covered, it only leans Democrat. Maine’s 2nd district (the state’s rural north) looks promising for Republicans to keep in their influence given Trump’s resounding victory in the area, but the GOP must keep in mind that they likely will not be able to get away with ultra-conservatism. In the future, Maine could go either way politically given the state’s divide. The state’s GOP also benefits from the fact that the state did not get the level of Catholic European immigration that Rhode Island, Massachusetts, and Connecticut received. The Democratic Party’s rise in Maine was largely thanks to the popularity and legacy of Edmund Muskie. For Democrats, the state is still a work in progress.