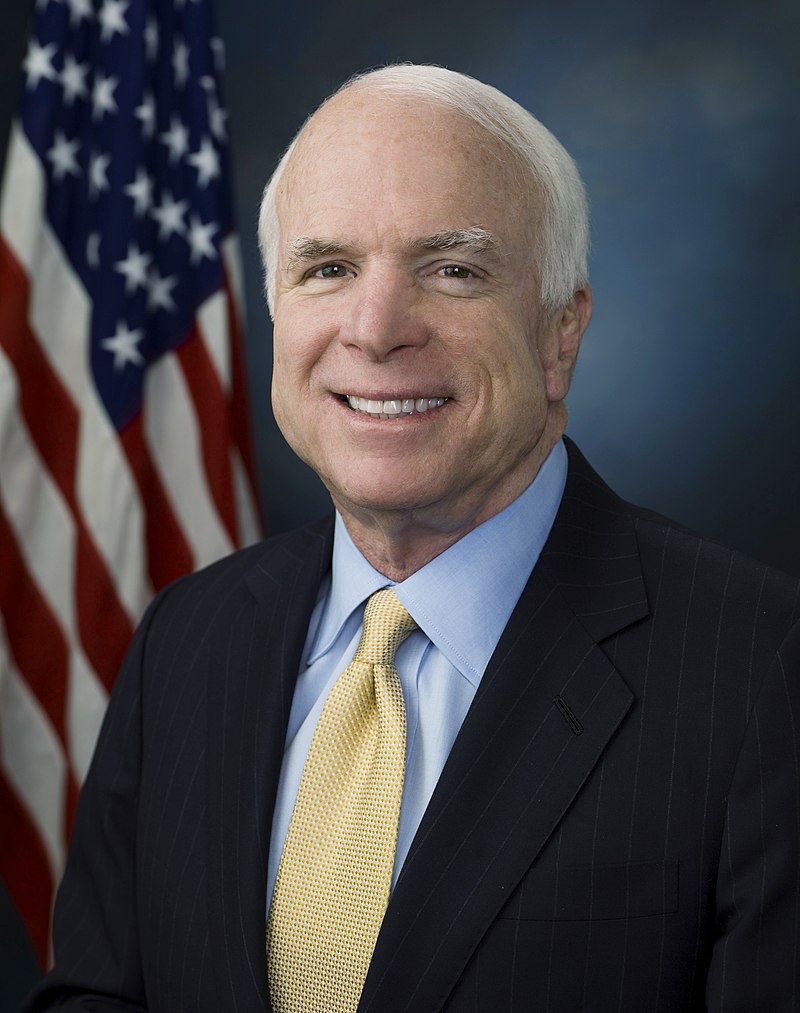 While tributes and honors have been pouring in for the late Senator John McCain and his status as a war hero for his sacrifices, I have been examining his political record. How ought one judge the record of John McCain?

Reasons for McCain Being Thought a RINO

After his 2000 presidential primary loss to George W. Bush, John McCain developed a reputation among staunch conservatives as a Republican in Name Only (RINO). I’ll offer ten reasons for this reputation:

At this point any conservatives reading may say “case closed”. But wait, there’s more!

McCain No Ultra-Conservative, But No Liberal Either

Although the previous ten reasons look bad for him from a conservative perspective, three ideological measurements paint a different picture. The DW-Nominate scaling method for ideology gives McCain a first-dimension life score of 0.381, with most liberal being -1 and most conservative being 1 (legislators seldom score above a 0.7 or below a -0.7). The first-dimension measures liberal-conservative issues while the second-dimension measures so-called “cross-cutting” issues, like regional issues.  Bear in mind this measure is a comprehensive measure and accounts for votes he cast as far back as 1983. This makes him conservative, but not an ultra-conservative. McCain scored a rounded American Conservative Union (ACU) life score of 81%, which although on a lifetime perspective makes him solid, voters regularly think “what have you done for me lately?” So here are his average ACU scores from his more recent years in politics, when he developed his “maverick” reputation:

The Bush era score makes him a moderate conservative, while he just makes it into solid territory during the Obama/Trump years, and interestingly is only 1 point down from his life score. McCain’s score is helped by the fact that during the first two years of the Obama era he voted like an ultra-conservative, even scoring a 100% in 2010.

I have not accounted in this analysis yet how the left viewed him, which I will represent with Americans for Democratic Action (ADA) scores. ADA has a terrible habit of counting absences against legislators, which serves to imply that absence is a “conservative” position. Thus, I have adjusted McCain’s scores so that absences are not counted as “conservative”. Because ADA has been exceptionally slow in recent years in releasing their ratings, we don’t know McCain’s 2017 score yet, so the Trump year in which he was an active legislator is not included in these scores.

What is very clear from all these scoring systems is that while McCain was to the left of what many in the Republican base would wish, he was not overall a liberal. His lifetime ADA score was a 13%, so liberals didn’t think him one of their own, even if they may have appreciated him on some occasions (not when he was running for president, that’s for damn sure). The problem for him is somewhat one of perception: immigration as an issue has become strongly polarized and it was a central issue of Trump’s campaign (see Wall, Build the), thus disagreement on the issue makes a legislator, particularly a Republican, look a lot less conservative than they looked before. This explains the all-too-frequent labeling of Jeff Flake, who has a DW-Nominate score of 0.855, as a RINO, despite him having the 16th highest score of federal legislators since 1879. His major breakaway was on immigration and that was the cardinal political sin, that along with extensive criticism of President Trump, that is forcing his retirement. McCain also bears some responsibility for this perception since at times he actively pushed it in the press with his self-identification as a “maverick”.

I must admit that there are some things to account for with these scoring methods. First, they are deaf to what politicians say (I would argue this is an advantage, although the ACU made a painful exception to this in 2016 regarding the Supreme Court nomination of Merrick Garland). Second, they are blind to actions politicians take outside of voting, such as work on committees and their ethical conduct. Third, for the interest group ratings such as ACU and ADA, they select their votes in a way to influence how people vote, not merely to measure ideology. They make their position look more embattled and weaker than it is, and they make their opponents look significantly more extreme than they are. For instance, ADA has often scored center-right Republicans like Shelley Moore Capito of West Virginia (DW-Nominate Score: 0.26, Obama Era ADA score: 8%, Obama Era ACU score: 64%) a 0-10% while more extreme Republicans can score higher due to the horseshoe effect of politics. ACU’s 2017 scores were egregious in this regard, with every single Democratic senator being placed in the category of “Coalition of the Radical Left”, with the highest scoring Democrat being Joe Manchin getting an 8% (ACU 2017). This was partly achieved by counting procedural votes instead of final votes. The confirmation vote of Neil Gorsuch, for instance, was not counted. No, it was the “nuclear option” for his confirmation vote that was counted, which was a strictly party line vote. The result was that on only two votes counted did any Democrats vote with ACU’s position. I would say generally that ACU is good at scoring who is most conservative while ADA is good at scoring who is most liberal, but neither are good at scoring ideological differences on the other side, often lumping in more moderate people with extremists. Fourth, DW-Nominate is so comprehensive it counts party-line procedural votes, which may not be revelatory of ideology but of partisanship. I find the value of DW-Nominate scoring in that it counts issues that are ideological but don’t get attention from said interest groups, but I think it overstates the relevance of some votes.

Despite the different approaches of these three methods, they reach certain common conclusions based on his voting record:

McCain’s record gets underrated from a conservative perspective because of his very public dissents and that some of his crusades from a conservative perspective didn’t get a lot of press. After all, Donald Trump didn’t run for president on the platform of ending a wasteful catfish inspection program, on cutting wasteful spending in general, or on privatizing government functions (all positions McCain supported, if this wasn’t clear).

A final word about McCain: whatever you think of his politics, he served his country well and paid a substantial price for it. For that and his over thirty years of service in politics he deserves the honor of laying in the US Capitol Rotunda and receiving a hero’s burial.

* – I must emphasize, an incredibly useful resource for political research.