Have you ever wondered how a highly eccentric, seemingly stupid, or extremist politician gets reelected time and time again? The answer may lie in the partisan makeup of their constituency, but this doesn’t answer how they can avoid successful primary challenges. Sometimes, the answer lies in good old constituent service.

Two major examples of successful employment of constituent service I have already covered in other posts are H.R. Gross of Iowa and Vito Marcantonio of New York, both who were undoubtedly far more ideologically extreme than their constituencies yet managed to get reelected time and time again. Let us also, however, consider the perils of being out of touch with constituents. Although there are many examples of politicians whose inattentiveness to constituents played a role in their downfall, two presently spring to mind: Richard Lugar and Phil Crane. Both Lugar and Crane were midwestern Republicans, had served over thirty years in office, and had presidential aspirations at some point in their careers. 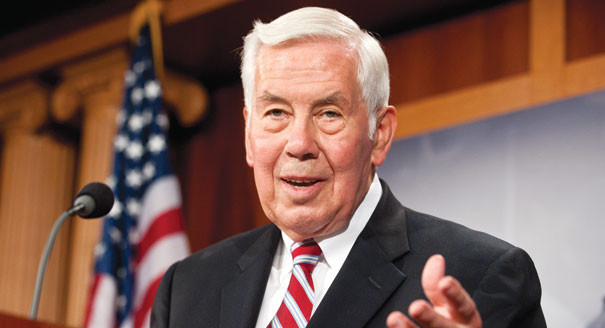 Before his election to the Senate in 1976, Rhodes scholar Richard Lugar was the nationally renowned mayor of Indianapolis and for a long time maintained a high level of popularity with his constituents that made him invulnerable to Democratic challenges. He was also a highly respected authority on foreign policy and had a squeaky clean record on ethics. Lugar’s greatest achievement in office had been working with Sen. Sam Nunn (D-Ga.) on the Cooperative Threat Reduction Program, which resulted in the destruction and dismantling of thousands of nuclear weapons in the former USSR states. He was interested in running for president in 1996, but gained little traction. However, although he was never an ultra-conservative, his Republicanism had mellowed in his later years and his personal friendship with President Barack Obama didn’t help his prospects with Republican primary voters. These factors would not have done him in, except Indiana voters hadn’t seen much of him lately.  He ultimately lost the 2012 GOP Senate primary to Richard Mourdock, who infamously cratered in what should have been a winnable Senate race due to a poor choice of words on the subject of rape.

Although Lugar’s defeat can partially be attributed to his cooperative type of politics going out of style, it can more be attributed to him paying insufficient attention to his constituents, his longevity in office, and his age of 80. This was the conclusion reached by Chris Cillizza and Aaron Blake of the Washington Post, who wrote, “At its heart, Lugar’s defeat was attributable to the fact that he broke the political golden rule: Never lose touch with the people who elected you” (Cillizza & Blake, 2012). Lugar had a long time in experience and accomplished much, and he seemed to think that this alone would put him over the top. Perhaps the most devastating poll result for him was that when voters were asked whether Lugar or his opponent Richard Mourdock would “get things done”, they tied at 38% (Cillizza & Blake, 2012). While it no doubt matters what a politician does in office, the perception of what they do is not to be ignored.

Phil Crane’s (1930-2014) story is a bit different. After Donald Rumsfeld resigned his congressional seat in the Chicago suburbs in 1969 to chair the Office of Economic Opportunity, the voters elected Crane to succeed him. In his first six terms, Crane was a rising star in the conservative movement, taking the lead early and often on numerous issues in the 1970s including opposition to the Panama Canal Treaty and decriminalization of private ownership of gold (a story for a future post), the latter endeavor in which he succeeded. He also founded the Republican Study Committee, participated in the founding of the Heritage Foundation, and served for some time as chair of the American Conservative Union. However, after his failed bid at the Republican nomination for president as the candidate to the right of Reagan in 1980, he became overshadowed by other conservatives, particularly Newt Gingrich.

Despite having some legislative achievements under his belt including leading the House effort to pass the North American Free Trade Agreement, Crane was a non-entity for his constituents and he was often taking paid trips by lobbyists. In 2000, he admitted that he was suffering from alcoholism and sought treatment. Although he had sobered up, Crane’s bid for chairmanship of the powerful Ways and Means Committee failed, and he was passed over for Bill Thomas of California. He did get the vice chairmanship but seemed no longer motivated as a politician and this was showing more than ever, making him vulnerable. In 2002, Democrat Melissa Bean ran against him on the theme that Crane was out of touch and ineffective. Although Crane won reelection, she tried again in 2004, this time with greater name recognition. Despite outside efforts to help him win reelection, the criticisms of him stuck, and he lost reelection in a district that simultaneously gave President Bush his best victory margin in the state of Illinois. Crane was bitter in defeat and would not acknowledge his successor.