There is a running dispute among political commentators as to what extent demographics will shape future politics. Until November 8, 2016, Democrats were confident that increasing levels of racial and ethnic diversity in American society would eventually lead to them having a long-term majority. Now, they are less certain about it but still hopeful. This theme is also frequently capitalized on by avid Trump supporters, who believe if immigration is not limited we will have a permanent Democratic majority and no Republican will be elected president again. I have heard and read this fear being espoused. I must contest this notion of “demographics are destiny” as political coalitions rise and fall. After all, in my last posting, I explained how a party with a significant wing that believed in Jim Crow laws won the black vote in 1936 and now, without the existence of its segregationist wing, is the party’s most loyal demographic. The strange truth is that since the Immigration and Nationality Act of 1965, which is often cited as a cause of an increase in racial and ethnic diversity, the country’s electorate has grown more Republican due to an increasing percentage of the white vote going to the Republicans. The best example I can think of for an election that demonstrates how permanency can be lacking is the 1976 election. This election was quite close, but Carter won both the electoral college and popular vote. What is interesting to observe is what states voted the same in 1976 and 2016. 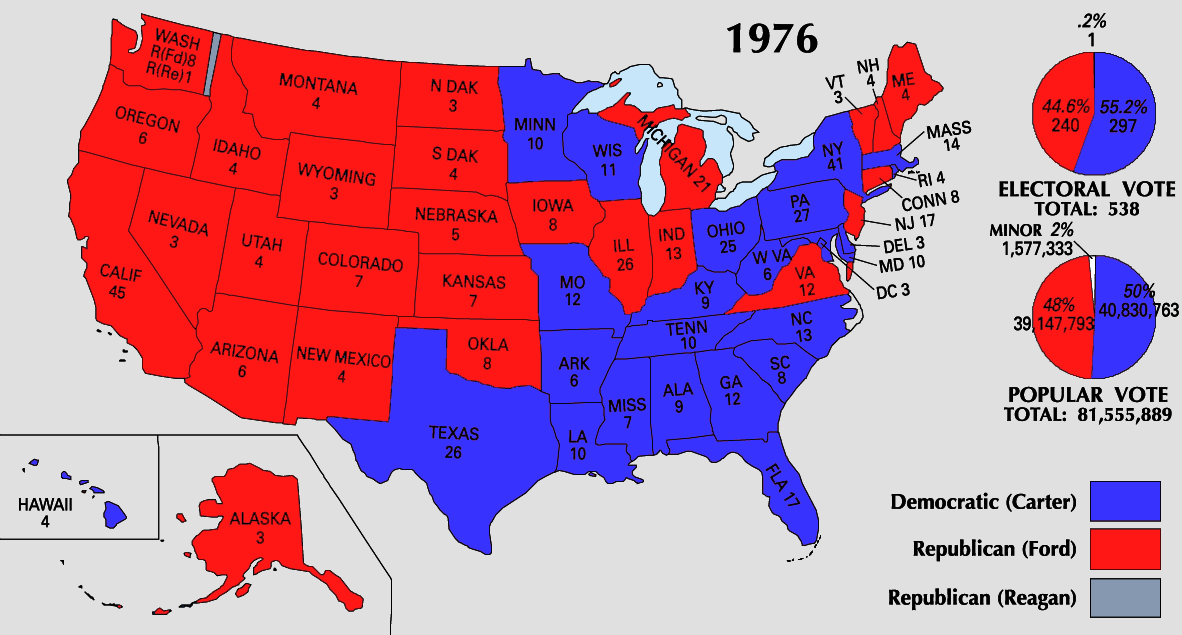 Another interesting aspect to examine was where the candidates performed worst, which just goes to show how things can change.

My general point here is that times can change and that to assume a permanent, never-ending majority is unrealistic. Although a party may have a period of dominance this can be undone by policy screw-ups, wedge issues that split coalitions, and new issues. I may explore this subject further in a future posting.