President Dwight Eisenhower is frequently hailed as a GOP moderate and correctly so. But what was the nature of this moderation? To be a moderate presumably means that you take liberal positions on some issues and conservative positions on others, which is indeed what he did for the issues in his time. 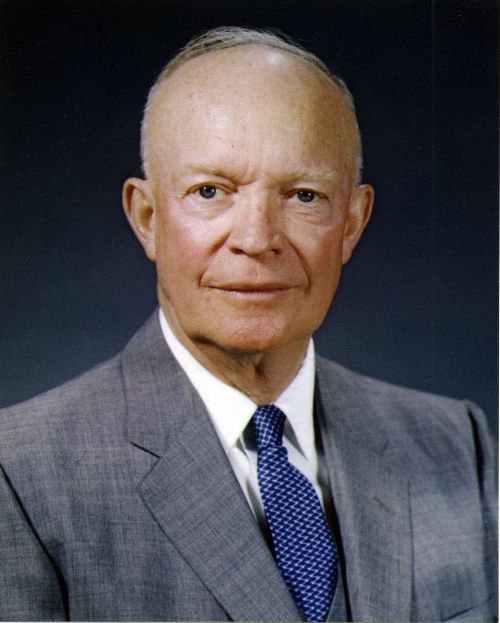 Some positions he took on votes held in the House of Representatives from 1957 to 1960:

Supported deleting extraneous river and harbor projects and reducing federal costs for others.

Opposed an omnibus farm bill in 1958.

Supported increasing control of Congress over issuance of TVA bonds.

Opposed a bill controlling the price of wheat.

Supported and signed into law the Landrum-Griffin Labor Act, an anti-corruption measure which cracked down on secondary boycotts.

Supported deleting loans for college classrooms and spreading urban renewal funds out over two years instead of one.

Supported permitting issuance of securities at rates of interest over 4.25% if in the national interest.

Vetoed a federal water pollution control bill in 1960 with the rationale that such pollution was uniquely a state, not a federal issue.

Opposed an emergency housing measure in response to the 1958 recession.

Opposed the Area Redevelopment Act, which provided federal loans and grants for economically distressed areas and would be signed into law by President Kennedy in 1961.

Supported the creation of a federal flood insurance program.

Opposed the Anti-Preemption Bill, providing that no act of Congress should be construed as nullifying state laws on the same subject unless Congress specified or if there was an irreconcilable conflict between the laws. This was the first major reaction of Congress to Warren Court decisions.

Supported the McCulloch-Celler amendment to the Civil Rights Act of 1960, which permitted Federal courts to appoint voting referees to register black applicants after a pattern of racial discrimination had been proven by the Attorney General in court.